This year's Chicks We Love help our communities in many ways, from giving a smile to every patient at a local women's clinic, to making people laugh with comedy, to playing music and advocating for the metro area's LGBT community, to helping women who are victims of domestic violence.

The Future of the JFP Chick Ball

First, I'll share the sad news in case you haven't heard. We have reluctantly decided to postpone the JFP Chick Ball again this year, as we did in 2016, and it's for essentially the same reason: If we can't do it well, we're not going to do it.

The Bands of Chick Ball

Each year, the Jackson Free Press has tons of talented locals donate time and energy to the cause of stopping domestic violence. Some of them just happen to do their volunteering on a stage. Here's a look at who will be bringing the house down for Chick Ball 2015.

Angela Brown attributes her passion for helping others in her community to seeing her grandmother, Binnie Green Adams, do the same for the town of Edwards, Miss., where Brown is from.

Domestic abuse is not always obvious, and someone can be completely in control of her life on paper but not at home.

As the executive director of Springboard to Opportunities, Jackson native Aisha Nyandoro's days at work are a hustle and bustle of working around the office, handling administrative business or working in one of the communities in Jackson, Batesville and Hattiesburg that her team assists.

Wendy Mahoney: A Woman You Need to Know

In ninth grade, Wendy Mahoney, now 48, took a career aptitude test that told her that her highest interest is helping others, and she would be a good candidate to become a social services worker.

Standing Up, and Dancing, Against Domestic Abuse

For 10 years, the JFP Chick Ball has focused on the strength of women. This year, a new event invites men of character to stand up against domestic violence—and celebrates those who do.

How to Be a Stand-Up Guy Against Domestic Violence

Since March, a group of about 10 men from various walks of life have been meeting once a month around the Jackson area. The men represent a spectrum of experiences in dealing with interpersonal violence in several fields and not only learn how to safely intervene when they see or learn of domestic abuse, but also work toward teaching men to use positive language when talking about women.

Jed Oppenheim worked for the Southern Poverty Law Center for five years, and co-organized activities for the Freedom Summer Youth Congress this past summer.

We celebrated our Men of Character for their continued support of Domestic Abuse Awareness.

We celebrated the 10th anniversary of the JFP Chick Ball at the Mississippi Arts Center ... 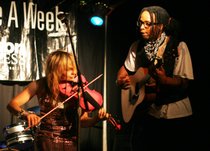 Sandy Middleton discusses how rape and sexual assault affects victims and the community in an illuminating interview by JFP Managing Editor Ronni Mott.