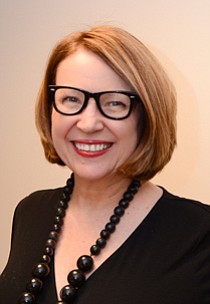 JFP Editor, CEO and co-founder Donna Ladd is a graduate of Mississippi State and Columbia j-school. As a huge Dak Prescott fan, she is adjusting to her new allegiance to the Dallas Cowboys.

"I dedicate this first 19 years to Charles Corder, Herman Snell, Stephen, Jimmy, Alisa, Bingo, staffers over the years, advertisers who got it, and all of you who have believed in this vision and helped us in so many ways."

"You don't destroy hope and safety of generations of young people with threats of being burned at a stake for flirting, with the state's largest newspaper announcing it in advance to swell the crowds, without the trauma of that violence sinking in generationally until we as a society pivot together to stop it."

Rest in Peace, Ronni Mott: Your Journalism Saved Lives. This I Know.

"Through the life of this newspaper and my adult years back in Mississippi, Gov. Winter and Mr. Meredith have been living history who have connected the past and present for me in the best possible way."

EDITOR'S NOTE: Truth and Journalism on the Front Lines of COVID-19

Tate Reeves is nothing if not a partisan first and foremost, as his choices to please Donald Trump by withholding sufficient COVID-19 safety regs have shown us all in the most horrendous way possible.

EDITOR'S NOTE: The Joy and Pain of Fighting for U.S. Democracy

Donald Trump is just one man. The real threat is the terrifying number of Americans who dote on him no matter what he does. His supporters are often described as a cult, and it's hard to disagree with that much of the time.

EDITOR'S NOTE: Learning to Roar in Mississippi from Anne, Hazel and Fannie Lou

Mississippi has long had women warriors who don't flinch at attempts to make them shut our little mouths, who stare back, who write scathing columns, who get the hell beaten out of them in jail cells without editing one word they still need to say afterward.

EDITOR'S NOTE: As You Vote, Recall the Blackjacks Hitting Mrs. Hamer’s Back

"(Fannie Lou Hamer) came up in a Mississippi where white leaders, including former Confederate generals immortalized as heroes, had worked diligently in the years before her birth to make sure that Black people could not enjoy the fruits of emancipation."

"The most common excuse we hear is (Jacob) Blake was wanted for a sexual-assault warrant. So, all of us should be outraged enough to think it was just fine for an officer to shoot the father repeatedly in the back? He did something bad, as far as we know, so anything goes?"