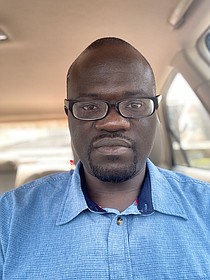 City Reporter Kayode Crown came to Mississippi from Nigeria where he earned a post-graduate diploma in Journalism and was a journalist for 10 years. He likes rock music and has fallen in love with the beautiful landscapes in Jackson.

Who Is the Hinds County Board of Supervisors’ President?

The question regarding who will chair the Hinds County Board of Supervisors meeting next week, Monday, Jan. 17, remains unclear as two supervisors both claim to be the president—District 2 Supervisor David Archie and District 3 Supervisor Credell Calhoun.

Students at Jackson Public School will resume in-person learning tomorrow, Thursday, Jan. 6, with the district leadership sticking with the resumption plan announced in December amidst an uptick in COVID-19 cases.

February 2022 will mark Jackson's first anniversary of two back-to-back winter storms, which jeopardized the ability of many among the city’s more than 150,000 residents to get water.

"This will take some (pressure) off the City who don't have to do the maintenance, and it will be a part of the plan where Jackson State (University) is improving and monitoring the heritage of our community there in the Washington Edition," he said. "So we certainly appreciate this move forward."

On Tuesday, Dec. 14, the Jackson City Council, at a special council meeting, voted for a 20% increase in the water bill of residents and businesses but rejected a 70% hike in garbage collection cost from $20.80 to $35.

City of Jackson officials have appealed for fairness in distributing the nearly $75 million in water-infrastructure funding that Mississippi is getting in 2022 from the Infrastructure Bill that President Joe Biden signed into law in November.