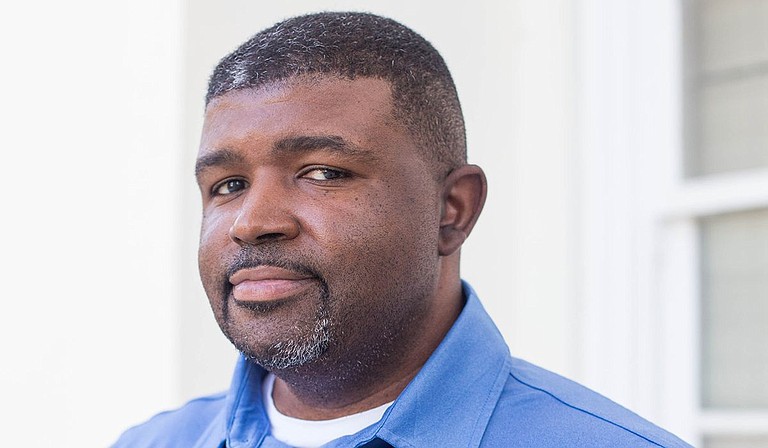 City Engineer Charles Williams said that the City of Jackson is still not fully prepared to handle the same level of the winter storm that passed through the capital city in February 2021. Photo courtesy City of Jackson

February 2022 will mark Jackson's first anniversary of two back-to-back winter storms, which jeopardized the ability of many among the city’s more than 150,000 residents to get water.

In an interview with the Jackson Free Press last week, City Engineer Charles Williams said that, though the city has made some improvements to the system, it is not totally out of the woods yet.

"We do hope that some of the measures that we have implemented over the past couple of months will put us in a little bit better shape," he added.

Improvements to the System

After the winter storm in February, Williams said that efforts to bring the system back up continued until late March, and then the search for funding to remedy some of the problems commenced.

The City has two water treatment plants—O.B. Curtis and J.H. Fewell. Later that year, the Mississippi Legislature approved $3 million for JH Fewell Water Treatment Facility, a small portion of the $47 million that Mayor Chokwe A. Lumumba said the city needed to make repairs.

"And we also secured a little over $27 million in (State Revolving Fund) loans to assist with both plants and in some areas of the distribution system," the city engineer said.

OB Curtis has a conventional side, which is older, and the city installed a membrane system in 2006. Williams said that since March 2021, the city repaired two membranes and executed maintenance repairs on the conventional side. "Those are some significant areas that we improved upon, but there's still a lot more that needs to be done," he added.

He added that the City is investing $3 million to cover the membrane side, with April as the expected completion date.

When the winter storm came through in February 2021, Williams said only two out of the six membranes were working, but now five are working, and work is ongoing on the sixth, which he expects to be functional by the end of January.

Another ongoing work effort is a new $8 million, 48-inch water main creating a connection between the south of Jefferson Street to Interstate 20, with a project completion date of December 2022.

"That is going to allow us to provide more water towards the south of Jackson from OB Curtis," Williams said. "It's really the third phase of a master-distribution system from Curtis to provide water to north Jackson, the central part of Jackson, and then ultimately down to south Jackson."

"This is the last phase of that which was part of the 1985 master plan that the city had for the distribution system," he added. "We are excited about that project; once it is online and in service, it should help us be able to provide water to South Jackson a lot more efficiently and more reliably."

System Not Yet Winterized

He said that winterizing the water treatment plants is in the early stages, with the Mississippi Health Department reviewing the plan with funding from the SRF loan.

"We're waiting for comments on those and we're hoping to be able to advertise those projects, probably in late January or early February," Williams said.

Though the winter storm hit OB Curtis hard last year, it had been the distribution system that failed with dozens of water-main breaks during cold fronts over the past quarter-century.

"The distribution system has always been the one that has provided the most problems as far as the city not being able to provide water to our citizens and our businesses; we can't lose sight of that," Williams said.

City in a 'Better Position'

The City has improved the membrane side of O.B. Curtis Treatment Center and the conventional side by getting new meters, probes, and two ultraviolent disinfectants in operation, with two more needing attention.

"We were able to bring more water in on the conventional side," Williams said. "With all that being said, we are in a better position."

"And if we were to get a small snap, maybe something that didn't last more than 24 to 36 hours, we'd put ourselves in a better condition to respond, but we still have a long way to go," he added. "If we were to get a lot of ice and snow that could freeze the equipment or cause us not to be able to process and produce water, then yes, you know, we are still going to be challenged,"

"But the key thing is that we have got to continue to make improvements every year."