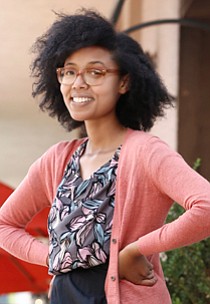 From crafting matching outfits for her Barbie dolls as a child to painting gnomes for her garden as an adult, Elaine Maisel's fascination with the miniature world has manifested itself in some way or another throughout her life.

Erin Shirley Orey serves others not for monetary gain or personal accolades, but because she recognizes a need.

Gregory McCarty, 32, has had a lifelong fascination with numbers—something that has been both a blessing and a curse. Born in Jackson, he spent his childhood years moving.

Tommie Mabry lives by the words, “I cannot walk in my future with my foot in my past."

Neddie Winters, a Tunica, Miss., native, was named the 100 Black Men of Jackson, Inc. 2016 Mentor of the Year for his dedication to mentoring young people in the Jackson area.

I Voted for Sanders Despite the ‘Bernie Bros’

With all of my trepidations, I voted for Bernie because I feel, of all the candidates, he is the one who legitimately has my back.

A desire to achieve personal fame drives some people; others may find inspiration in getting wealthy. Jackson native Lauren Lyles' motivation stems from her desire to see and help people succeed.

Tuesday's Senate session rang with reprobation from Sen. Hob Bryan, D-Amory, who spoke bitterly about Mississippi First, a group that he says acts as a front group for charter schools.

John Tierre, an Omaha, Neb., native and owner of Farish Street restaurant Johnny T's Bistro & Bar, knew that, even as a child, he wanted to be an entrepreneur.