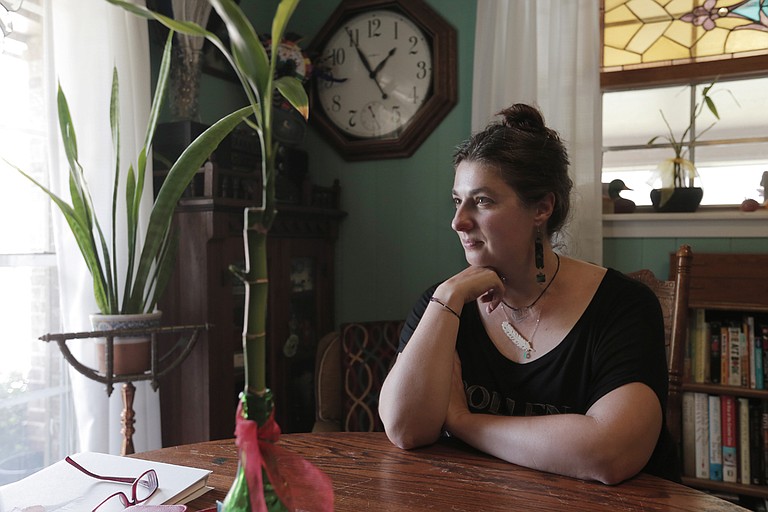 From crafting matching outfits for her Barbie dolls as a child to painting gnomes for her garden as an adult, Elaine Maisel's fascination with the miniature world has manifested itself in some way or another throughout her life. It is not surprising, then, that she left her job at Mississippi State University as a music professor to pursue art and music full-time.

Her most-known works are her painted feathers, which she does under the name "Feathermore." After purchasing the material or receiving donated feathers, Maisel paints small, detailed images on them. Some of her pieces include "Mississippi Magnolia," a painting of a magnolia on a peacock wing feather; "It Came from the Deep," a painting of a large pink octopus preparing to sink a ship on a parrot feather; and "The Man in the Moon," an homage to the 1902 film "Le Voyage Dans La Lune." She also puts her feather paintings in ornaments or on cards.

Maisel, who grew up near Toledo, Ohio, spent her childhood summers in and around the South. After receiving her Doctor of Musical Arts degree in bassoon performance from the University of North Carolina at Greensboro in 2004, Maisel moved to Mississippi, accepting a job at Mississippi State University. In April 2013, Maisel married her south Jackson native husband Ty Maisel, who, like his wife, plays with the Mississippi Symphony Orchestra. Maisel is also the statewide Carnegie Hall Link Up Coordinator for the Mississippi Arts Commission. Link Up pairs students in grades three through five with orchestras to explore orchestral repertoire.

While Maisel is not the first or only artist to paint on feathers, the art is uncommon enough that she only know of one other Mississippi artist who dabbles in the craft. "There's a woman in Noxubee County who (paints on feathers), but she does turkeys and deer on turkey feathers," Maisel says.

In addition to feather painting, Maisel has several pursuits—each of which is artistic in nature. For example, she and her brother, Grant Gooding, are working on a book in which Maisel illustrates her brother's poems. Maisel also takes photos of her miniature donkey figure, Honcho Poncho, and his best friend, Eleanor Rigby, a miniature dog figure, in various situations—like the dog posed next to a bassoon standing on "Eleanor Rigby" sheet music called, "They're playing my song"; Honcho Poncho painting a Van Gogh-esque portrait of a donkey entitled "self-portrait"; or the donkey laying in a bed of roses, captioned "American Beauty." (Use Instagram hashtag #honcho poncho to see more.)

On art, Maisel says, "... One of the best pieces of advice I got was it takes you five years to figure out your style and logistics. I'm still trying to figure out my style," she says.