An assistant chief says the police department in Mississippi's largest city is short-staffed, and recruitment and retention are big challenges.

Mitchell McGinnis and many other Mississippians have raised funds to support Slavik’s family during this time of unrest within Ukraine. To further that goal, McGinnis has helped organize a benefit concert on Friday, April 1, in the parking lot outside of 601 Studios.

After two years’ wait, Hal’s St. Paddy’s Parade and Festival returns to downtown Jackson. This year’s slogan, “Go Big and Come Home,” represents both the Jackson metro community getting to come together again, as well as Jackson’s celebration of its bicentennial.

In the midst of severe weather threatening Mississippi and the larger South, Jackson Mayor Chokwe A. Lumumba issued a proclamation of a local weather emergency this morning closing vulnerable locations and providing a notice of sandbag availability to help prepare for the storm.

Two weeks after filing a lawsuit against the City of Jackson, garbage-disposal company Waste Management has voluntarily filed a motion for dismissal of its case.

Lumumba Apologizes for ‘Distraction’ over Dispute with City Council

One week after accusing Jackson City Council members of taking bribes in order to steer government contracts, Mayor Chokwe A. Lumumba walked back some of his rhetoric, in tone if not in content.

Amid an ongoing dispute between Mayor Chokwe A. Lumumba and the Jackson City Council over garbage-disposal contracts, the mayor said that he believes certain members of the council have accepted bribes.

'No Free Kill' Protest in Jackson

The Mississippi Poor People's Campaign led the 'No Free Kill' protest at the state Capitol ... 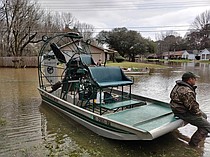 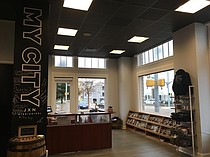 JJ Townsend is giving local organizations and people a platform through Citizenville, a website that ...

Thanks to partnerships with businesses such as Ace Hardware and T-Shirts & More, New Horizon ...

Word on the street: What would you like to see come to Jackson?

The Jackson Free Press conducted person-on-the-street interviews, asking people what they would like to see come to the city.

Kameron Palmer On Saving Our Sons