Lumumba Apologizes for ‘Distraction’ over Dispute with City Council 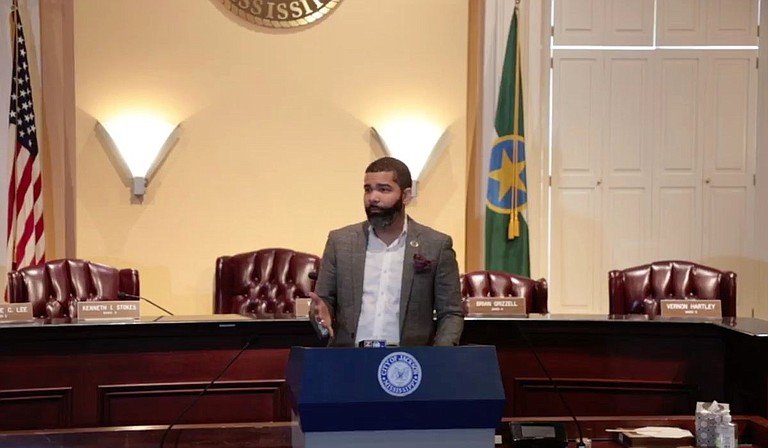 Since September 2021, Mayor Chokwe A. Lumumba and the Jackson City Council have disagreed on the details regarding Jackson’s future garbage-disposal contract. That dispute has carried over into personal attacks from both sides. Photo courtesy the City of Jackson.

One week after accusing Jackson City Council members of taking bribes in order to steer government contracts, Mayor Chokwe A. Lumumba walked back some of his rhetoric, in tone if not in content.

“I regret that in my effort to balance taking the high road with informing residents, if my comments in any way distracted from the key points and the key takeaways that our residents must hear,” Lumumba said in a March 7 press briefing.

Lumumba noted that while he regrets the back-and-forth nature of recent events between his office and the city council, he only answers to the residents of Jackson.

“While it is my responsibility to demonstrate diplomacy, it is my responsibility to act in every way that I can in order to build consensus and agreement amongst council members; I do not feel that my accountability is to the councilmembers,” Lumumba said. “My accountability is and always will be to the residents of Jackson, and I do not apologize for that,” Lumumba said.

The mayor equated the ongoing garbage-disposal contract dispute with the city council’s part in “throwing shots at one another,” while noting that attacks against him affect the residents of Jackson.

“It is hurtful to me that every effort aimed at this administration, aimed at me, are efforts that hurt residents because it is known that that is what affects me and bothers me the most,” Lumumba said.

While Lumumba regretted his actions in “distracting” from important issues, he accused the city council of hitting Jackon residents in the pocketbook.

“It means a lot to me when we are steering away from a contract that is $12 million cheaper than the alternative,” Lumumba said. “Meaning you, the residents, the people who pay their water bills with sanitation attached to it are going to have to pay the difference of $12 million.”

“That affects me. That bothers me. That troubles me. And I think we have to pay attention to these facts,” Lumumba said.

The city council approved a resolution on March 4 expressing their “extreme disapproval” over what the resolution named as Lumumba’s “false and misleading statements” about his statements regarding bribery.

During that meeting the mayor’s sister, Rukia Lumumba, began to speak out before being silenced by Ward 7 Councilmember and President Virgi Lindsay. Before adjourning the council’s special meeting, Lindsay threatened to have Lumumba removed if she did not remain silent.

The mayor ended his March 7 briefing with an apology for what he called a “distraction.”

“I apologize for the distraction, but I encourage us all to pay attention to what has taken place and to tune in,” Lumumba said.