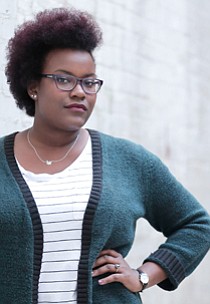 Deputy News Editor Maya Miller is a Jackson State University graduate. She writes about crime, music, art and her ever growing obsession with Beyonce. Send her news tips at [email protected] Follow her on Twitter at @MayaLMiller.

What began as a group of Jackson friends jamming together as surf-rock band The Weekend Kids has turned into a music career for the members of '80s-inspired indie-pop act Dream Cult.

Standing in the sweltering July heat, city workers, union organizers and their interns gathered this morning on the steps of Jackson City Hall to speak out once again about the city-mandated furlough Fridays that have been in effect since last October.

The room was nearly packed on July 14 at Millsaps College as concerned members of the community gathered for a town-hall meeting on preventing violence, gang interruption, and alternatives to juvenile detention and juvenile justice presented by the Jackson Free Press and the Solutions Journalism Network.

As a professor of sociology and Africana studies at Davidson College in North Carolina, Joseph "Piko" Ewoodzie wants to uncover what's under the hood of society and discover how the world works.

Guilty Pleas, and a Hunt for Prostitutes, Johns and Child Predators

I didn't watch the 2016 BET awards last Sunday, but I did partake in the Black Twitter awards watch party where I retweet, lurk from afar and pop some tweets off for the sake of humor. It's probably one of the rare things that brings us together on social media. Well, that and exposing racists.

Dr. Kai Smith, a native of Harlem, runs GRAAFICS, Gang Diversion, Reentry And Absent Fathers Intervention Centers, a program he founded to give young men and women an outlet to avoid criminal behavior.

Actress and Mississippi native Aunjanue Ellis recently spoke to the Jackson Free Press by phone on heritage, hate and bringing down the flag.

Local advocates, civil-rights activists and actress Aunjanue Ellis, a Mississippi native and critic of the state flag, held a community town-hall meeting at the Smith Robertson Museum and Cultural Center on June 9.

Stand With Victims of Sexual Violence

On the one day a week that I'm allowed to sleep past noon, I woke before dawn to a flurry of Facebook shares of one victim's soul-rattling letter to her attacker.