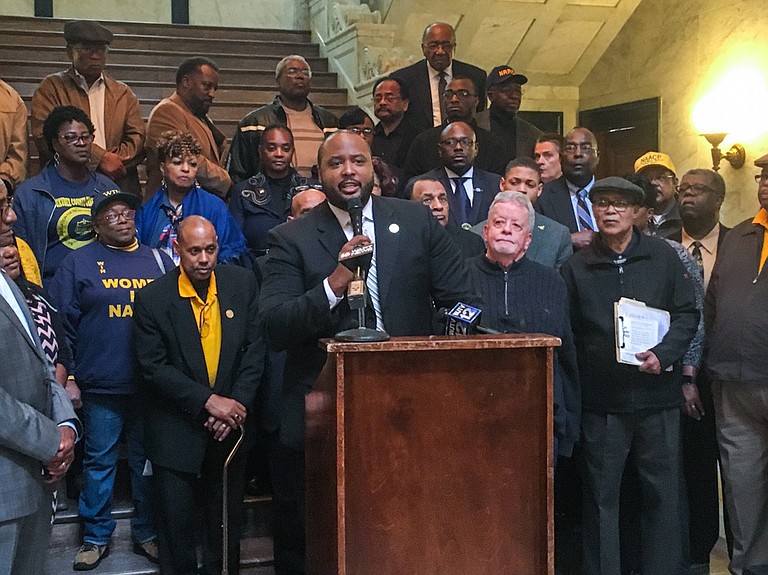 Corey Wiggins, executive director of the Mississippi NAACP (pictured here at a different press conference), said his organization opposes Senate Bill 2868 because of its potential to negatively affect communities of color in the state. Photo by Arielle Dreher.