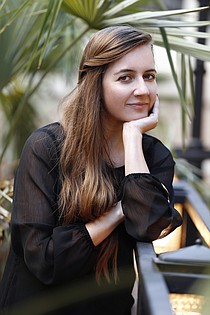 Arielle Dreher served as state reporter of the Jackson Free Press from June 8, 2015, until June 20, 2018.
Follow her on Twitter at @arielle_amara.

A Waiting Game: What’s Next with ‘One Lake,’ Flood Control?

Despite multiple roadblocks and open questions, the controversial plan to create a large lake along the Pearl River for flood control and potential development in the Jackson area continues to move ahead as project sponsors respond to thousands of comments that poured in last fall.

'One Lake' Could Mean 'Catastrophic Failure' of State-Owned Bridges

One day before public comment closed on the "One Lake" flood-control and development project proposed along the Pearl River, the Mississippi Department of Transportation sent a letter to the Rankin-Hinds Flood Control District attorney Keith Turner.

UPDATED: Who's on the Ballot in Mississippi in 2018?

This year will be an entertaining ride for Mississippi voters, who will have elect all four congressional representatives as well as two senators to represent the state in Washington, D.C.

Mississippi leaders' refusal to expand Medicaid under the Affordable Care Act left about 300,000 Mississippians without access to health care and led to the closure of several rural hospitals deprived of funds—which has emerged as a 2018 issue in the midterm elections.

Vetting the ‘One Lake’ Project

The Rankin-Hinds Pearl River Flood and Drainage Control District, often called the Levee Board, is supporting the "One Lake" plan, the latest version of a years-long strategy to create a lake development along the Pearl River through Jackson.

NFusion Metro is a community-based mental-health-care program primarily for ages 11 to 18 years old in the Jackson area. During the summer, counselors are doing themed weeks for their lesson time.

Federal funds cannot pay for abortions, but anti-abortion rights advocates and lawmakers object to funding Planned Parenthood at all with federal and state dollars due to the fact that they still offer abortions.

'Thinking Out of the Box': The JFP Interview with Howard Sherman

Howard Sherman won the most votes (about 31 percent) on June 5 in the Democratic primary for Sen. Roger Wicker's Senate seat.

David Baria knew he was fighting an uphill battle when he decided to run for U.S. Sen. Roger Wicker's long-held Senate seat. Baria's first challenge, however, is securing the Democratic spot on the November ballot.

Run-Off Blues: Inside the Playoff to Challenge Roger Wicker