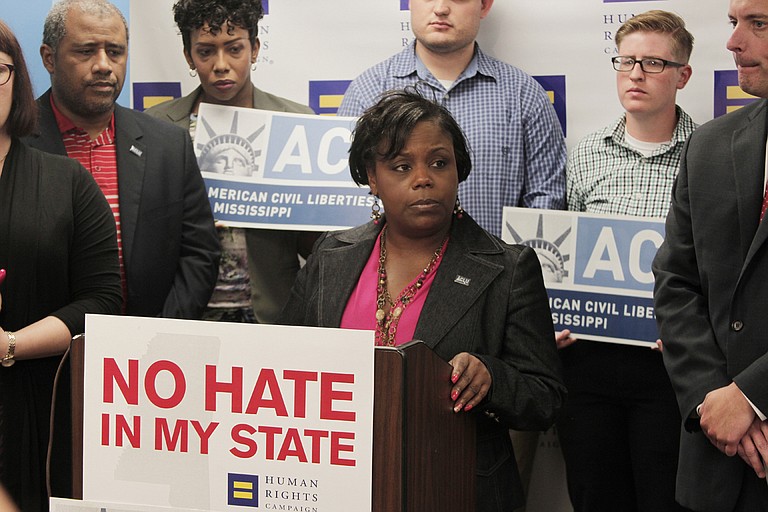 Jennifer Riley-Collins, the executive director of the ACLU of Mississippi, said her organization will proceed with its lawsuit to prove that the House Bill 1523, now a state law, is unconstitutional. Photo by Arielle Dreher.