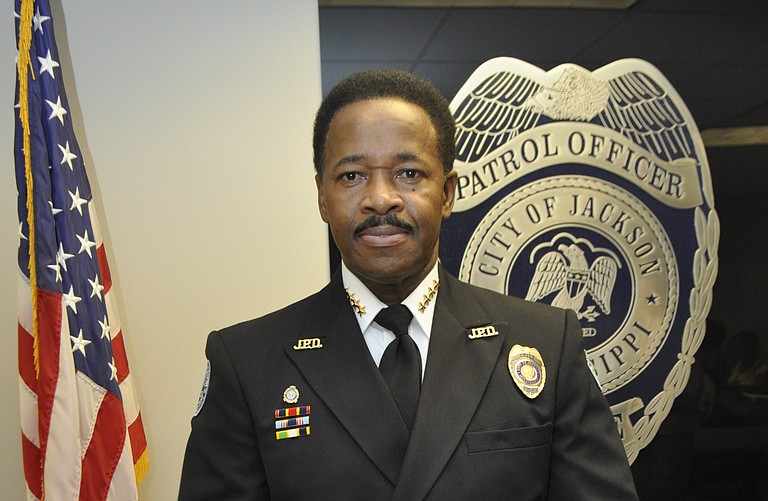 Lindsey Horton, a 30-year veteran of law enforcement, stressed professionalism in his one year on the job and expressed his gratitude to the Yarber administration. Photo by Trip Burns.