EDITOR'S NOTE: In Love, Life and Work, Do the Right Thing and Wait

"The word 'power is often misused. It's not about money or controlling everything. To me, showing unconditional love for a partner, a city, a state or a nation through the toughest times is the most powerful one can be. And I couldn't be prouder than the man on this crazy journey with me."

"Today marks a year since I began working for the Jackson Free Press. Much has happened since I meekly walked through that door. Before I get into that, though, allow me to tell you my 'JFP story.'"

The Most Intriguing of 2019

These are not necessarily people who did positive things, although many did. They are Mississippians who emerged as the most interesting and who caused a lot of conversation in the capital city and beyond.

The need for a new moral and cultural compass is why I and my co-founder Kimberly Griffin are announcing a new media project today called the Mississippi Free Press, which, like my newspaper, is named in homage to a Civil Rights Movement newspaper in Jackson.

EDITOR'S NOTE: Stepping into a Mentor's Shoes, Hoping They Fit

"As future-oriented as I am, I understood early on that I needed to work really hard in school to help me achieve my goal. ... I continue to learn my own capabilities, and my own limits."

The first person who emails all the correct answers to [email protected] gets $50 in local gift cards.

"As of this  publication, I must say my goodbye as I leave to start a new job at Teen Health  Mississippi. Thank you, Jackson. And thanks to all of my co-workers and team members, too. My experience here wouldn't have been as great here at the JFP if it weren't for y'all."

PUBLISHER'S NOTE: The Press Still Rolls as the JFP Enters Our 18th Year

This issue we celebrate moving into our 18th year of publishing as a voice for Jacksonians who want to see progress in the capital city and the Magnolia State. It's been quite a ride!

The Jackson Free Press has won or is nominated for a record 20 awards for journalism our team produced in 2018 over three awards contests.

How It Works: The Journalism Awards Process

Every year, Jackson Free Press editor-in-chief Donna Ladd chooses a wide selection of the newspaper's best work to submit for awards in a variety of contests. 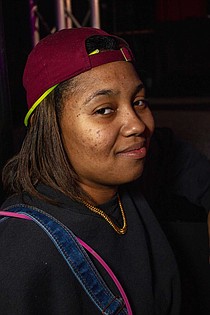 Celebrating 15 Years at the JFP 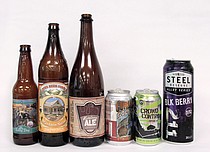 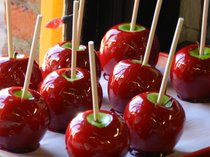 See the photos and read the stories from this week's issue.