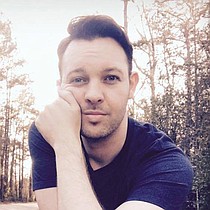 State reporter Ashton Pittman is from Hattiesburg, Miss. He is a graduate of the University of Southern Mississippi, where he studied journalism and political science.

Gov. Tate Reeves says he is halting abortions in Mississippi to help free up personal protective equipment for hospitals to use as they deal with an escalating number of COVID-19 cases statewide.

Congress must assist rural hospitals in its upcoming bill aimed at blunting the economic devastation the coronavirus has wrought, Mississippi Congressman Steven Palazzo wrote in a letter to top U.S. House leaders on Tuesday.

Two Republican Mississippi Congressmen, U.S. Reps. Steven Palazzo and Trent Kelly, did not show up for a vote on the #FamiliesFirst Coronavirus Response Act.

A Louisiana abortion law would turn the Bayou State into "an abortion desert" and would have strong ripple effects for women in Mississippi and other states across the country, opponents say. The U.S. Supreme Court is hearing arguments in the case Wednesday.

Since the last issue, a huge corruption scandal hit Mississippi with allegations of theft inside a State agency working with prominent Mississippians, Republican donors and former pro wrestlers. Here are the major accused players.

Jackson's medical facility "buffer zone" law, which minimizes protest activities in the immediate vicinity of the state's only abortion clinic, may be short-lived if a Republicans bill in the Mississippi Legislature becomes law.

Mississippi House Rep. Ramona Blackledge, the Republican woman whom Jones County voters sent to Jackson to represent them in the Mississippi House of Representatives, is resigning just weeks into her term.

"Given her flailing approval rating, it is no surprise that Senator Hyde-Smith is in an already tightening race with Mike Espy," Espy Campaign Manager Joe O'Hern said. "Whether it is Senator Hyde-Smith's disturbing comments about public hangings, her open support for voter suppression at the 'other' universities, her clear track record of hyper-partisanship in the Senate or her D.C. insider ambitions, these approval numbers are a clear sign that Mississippians are looking for change and are unhappy with Cindy Hyde-Smith as their senator."