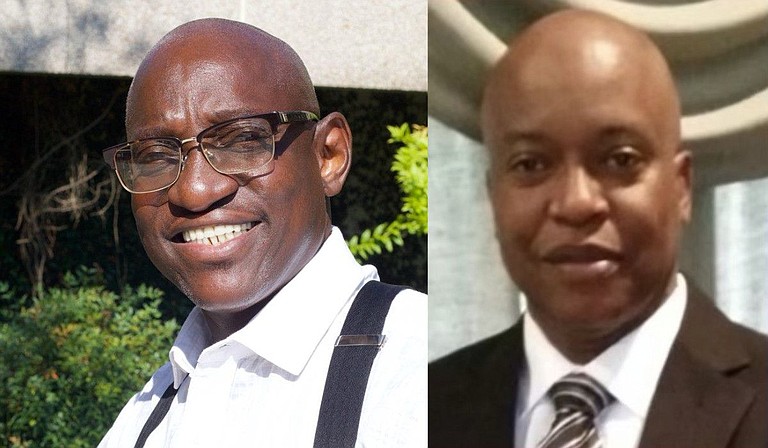 West graduated from the now-defunct Central High School. He obtained an associate degree from Hinds Community College and was in the Hinds County sheriff department from 2004 to 2012. He joined as a detention officer and became a sergeant before retirement.

"I dealt with all religious programs; I handled some donations for the penal farm," he said in a Thursday, Oct. 7, phone interview with the Jackson Free Press, as he highlighted his work at the detention center.

"Right now, as we speak, I've been in ministry as an evangelist for the last 35 years." He is also a long-term construction contractor.

West submitted a written statement on Sept. 13 to the Jackson Free Press about his agenda for Hinds County. "I grew up in Jackson and have a passion for seeing conditions improve. I feel that the position of Hinds County sheriff would allow me to work for the people in a way that uses my experience and gifts to help usher in the changes that Hinds County needs," he wrote.

He explained that if elected, his priorities as sheriff will include more staff training, jail renovation and reforms in the penal farm.

"Higher deputy presence in the areas would serve not only as a crime-prevention measure but also as an opportunity for the citizens to get to know the officers that are working to keep our communities safe," he wrote, and added that he will “reduce the number of illegal and automatic guns in the County as a crime preventative.”

"I believe that by working together with the residents of Hinds County, the county's board of supervisors, and our higher-ranking officials, we the people can turn the crime problem in Hinds County completely around to make it safer for ourselves, our children, and those visiting and doing business in our communities," he wrote. "As the Hinds County sheriff, I would dedicate myself completely to see this vision through."

Thompson graduated from Provine High School in 1979 and joined the United States Army, serving from 1980 to 1984. He joined both the Bolton Police Department in Bolton, Miss., and the national guard in 1984. Bolton is in Hinds County. He served that police department and the national guard until 1992, when he crossed to the Hinds County sheriff's department under Sheriff Malcolm McMillin.

He rejoined the national guard in 2006, stayed till 2018, and was deployed three times before retiring as a master sergeant.

Thompson retired from the sheriff's department in 2013. "At that time, I went back to the town of Bolton and started back working at Bolton as a police officer," Thompson told the Jackson Free Press in a phone interview on Sept. 10.

Thompson commits to having a safe environment at the jail and for it to be professionally run.