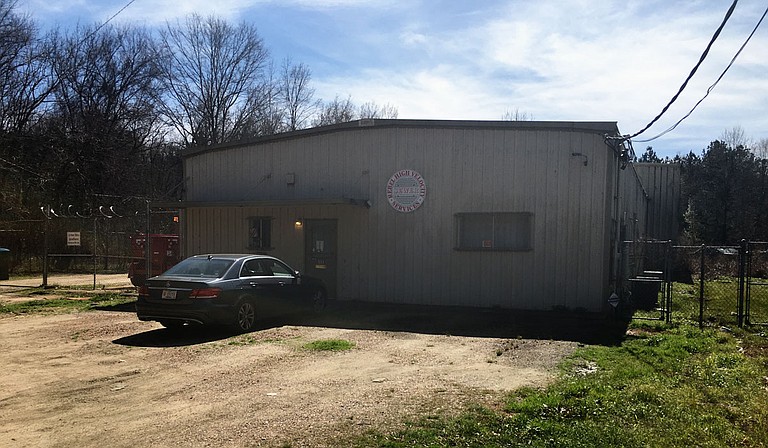 Andrew Walker, 71, may find himself in prison after pleading guilty to conspiring with others to wrongfully discharge 3 million gallons of industrial waste between December 2016 and October 2017 into the Jackson sewage system, court filings say. 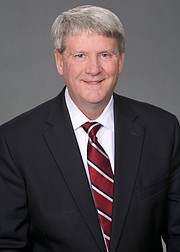 "Rebel transported customers' waste to the Jackson sewage treatment plant and to landfills and other disposal sites, but its 333 Wilmington Street (Jackson) location was not a permitted waste disposal location," the charging documents said.

In the Jan. 27, 2021, hearing, U.S. District Judge Kristi Haskins Johnson wanted to know if Walker was clear about the decision he would make that day before she accepted his guilty plea. She told him the length of possible jail time he is facing and the rights he would give up by pleading guilty to two felony offenses—conspiracy and illegal discharge of industrial waste into Jackson sewer system.

"Mr. Walker, do you understand that the felony, that the offense to which you're pleading guilty is a felony offense," the judge asked in the audio recording of the proceeding.

Walker's offenses draw a maximum penalty of eight years of incarceration, $500,000 fine and four years of supervised release after imprisonment.

Assistant U.S. Attorney Theodore Cooperstein explained in open court that if the case had gone to trial, the government would have proven the defendant guilty beyond a reasonable doubt, using documents and testimony from Mississippi state government officials.

Walker declined to comment to this reporter at his company's location on March 7, suggesting his attorney Micheal Dawkins of Baker Donelson. "Based on the status of this matter, it would not be appropriate for Andy Walker or me to make any comments," Dawkins, whose practice at Baker Donelson focuses on white-collar criminal defense and environmental law, said in a March 8 statement.

Walker is out on bond. Johnson did not determine the date for sentencing in his last court appearance on Jan. 27.

How it All Started

Walker's involvement in the felony crimes is traceable to a phone call he had in November 2016 with an unnamed president and part owner of a manufacturing company called "Company A" in the court, which has operated for decades in a Jackson suburb.

A month before that, Mississippi Department of Environmental Quality  officials detected high levels of contaminants in the Jackson sewer system, traced it to company A, and subsequently ordered the business to stop dumping waste with pollutants exceeding regulatory limits without adequate pre-treatment.

"The order notified the operators with company A that it could not discharge its industrial waste into the sewer system and indicated that the city would install monitoring devices in the sewer to detect any further discharges," Cooperstein told the court.

Walker now admits to conspiring to circumvent that order.

"For many years, JWTS has suffered from increased input and inadequate maintenance and upgrades," the document said. "This caused thousands of sewage overflows throughout the Jackson area, and numerous bypasses of the treatment works. JWTS operated under a series of consent decrees with (the Environmental Protection Agency), requiring the expenditure of hundreds of millions of dollars to repair and improve the collection and treatment systems."

"To enable public wastewater treatment plants to comply with their Clean Water Act permits, industrial users of public wastewater systems could not discharge industrial waste into the system without a permit establishing pretreatment requirements and pollutant limits," it added. "Wastewater treatment systems were required to monitor the pollutants they accept in order to protect the systems from damage and to preserve their ability to treat the wastes they received."

On Jan. 27, before Johnson  accepted Walker's guilty plea, she asked the prosecution to go over the facts of the case and explain how it would go about proving its case if Walker did not plead guilty.

Conspiring on the Phone

"The government would introduce its recordings of telephone conversations a few months (after the government's order) between the defendant Walker and a company A owner in which they discussed the administrative order prohibiting company A from discharging industrial waste into the sewer in those conversations," Cooperstein stated in court.

Company A's president told Walker about his company's order from MDEQ prohibiting industrial waste discharge into the sewer. "They agreed to discharge company A's untreated industrial waste into the Jackson sewer system at the defendant's business location, where it would not be detected," the assistant U.S. attorney said.

"In those conversations, they agreed that if caught, they would claim that the waste was being processed at Rebel by an unused unit designed to separate fats in grease trap waste."

"[F]rom November 2016 through October 2017, Mr. Walker and his co-conspirators evaded (the government order), arranging for the illegal disposal of this untreated industrial waste, first by misrepresenting the industrial waste to be domestic waste and dumping it at Jackson's treatment plant, and then by discharging hundreds of truckloads of industrial waste into a city sewer pipe, they excavated at Rebel," a press statement from the U.S. Department of Justice stated.

The prosecution said it will introduce pictures of company B staff excavating the City of Jackson sewer pipe serving the defendant's facility.

However, JWTS does not permit industrial waste discharge into its system without permission and pretreatment.

"Statements of company B employees would be introduced indicating that they excavated the sewer pipe in order to facilitate the discharge of company A's industrial waste into the Jackson sewer pipe at the defendant's facility," Cooperstein said.

"They agreed to discharge company A's untreated industrial waste into the Jackson sewer system at the defendant's business location, where it would not be detected in those conversations."

"It was the purpose of the conspirators and the objective of their conspiracy to benefit financially by removing Company A's industrial waste from its production facility and trucking it to locations in Jackson where they discharged it into the sewer  system of Jackson, Mississippi at unauthorized discharge points, thus avoiding the expense of the pretreatment required by law, sewer usage fees, and the cost of waste disposal at a permitted facility," court documents stated. "The conspirators thereby sought to profit by evading the regulations that protect the infrastructure of Jackson's sewer system and the efficacy of its treatment plant."

Cooperstein said that company B employees would testify that between January and October 2017, the company transported hundreds of truckloads of company A's industrial waste to Rebel's facility in Jackson into a holding tank that drains to the excavated Jackson sewer pipe.

City of Jackson Communications Manager Michelle Atoa told the Jackson Free Press that the City is aware of the suit and assisted the DOJ in the process.

"The City has also investigated the matter itself and is contemplating its own legal action against the individuals and companies responsible for the generation and disposal of the waste in the City's wastewater collection and treatment system," she said in a statement on March 9, adding that she could not give other information, yet. On Tuesday, March 16, the Jackson City Council approved three law firms—Winston J. Thompson III, PLLC; Hawkins Law, P.C.; and Lightfoot, Franklin & White, LLC, to "pursue claims related to the illegal dumping of waste into the City of Jackson's sewer system." The list of companies allegedly involved in the violation included Walker Environmental Services.

The order indicated that "Gold Coast Commodities Inc., Partridge-Sibley Industrial Services, Inc., PSI-GA LLC, and Walker Environmental Services were the subject of investigations by state and federal authorities pertaining to the dumping and disposal of waste products contrary to state and federal law." Gold Coast Commodities Inc. is a manufacturing firm based in Brandon, a suburb of Jackson, and has been a subject of State investigation into illegal industrial waste dumping in Pelahatchie, Brandon and Jackson.

Partridge-Sibley Industrial Services Inc. is an industrial contractor in Jackson.

It is not clear if the City's action is a reference to the case to which Walker pleaded guilty and if Companies A and B in the federal complaint are among the organizations listed in the city council's order. The Jackson Free Press called the number for Gold Coast Commodities listed on its website on Tuesday, April 27, and again on Tuesday, May 4, speaking both times to a receptionist and asking for comments on the case. Due to no response, the reporter called again on May 4.

"If somebody decides to call you back, I've got your name and number," the receptionist said that day.

This reporter called the number on Partridge-Sibley Industrial Services Inc.'s website on the morning of Tuesday, May 4, leaving a message with the receptionist for the company's leaders to comment about being included in the council agenda; they did not reach back as of press time.

According to details on the Secretary of State's website, PSI-GA LLC and Partridge-Sibley Industrial Services Inc. operate from the same north Jackson building.

City Council President and Ward 6 Councilman Aaron Banks declined further comments on either the dumping issue or the reason for the companies being included on the council agenda and whether there was a connection between that list and the unnamed companies in the Walker case, which is unclear at press time.

This report will be updated as new information becomes available.

"If it's pertaining to Gold Coast and the pending litigation, I (am) very limited to what I can and cannot say when it comes to that because we have ongoing litigation right now," Banks told the Jackson Free Press on the phone on Monday, May 3.

In the Jan. 27 hearing, Cooperstein revealed that the prosecution has payment records for thousands of dollars that the defendant received to dispose of untreated waste from Company A illegally. After he finished telling the judge what he called a summary of the government's case against Walker, the judge asked the defendant what he was pleading in the case.

"Mr. Walker; I'm going to ask you now. How do you plead to the charge contained in count one of the Information; guilty or not guilty?" Johnson asked.

"And how do you plead to the charge contained in count two of the Information; guilty or not guilty?"