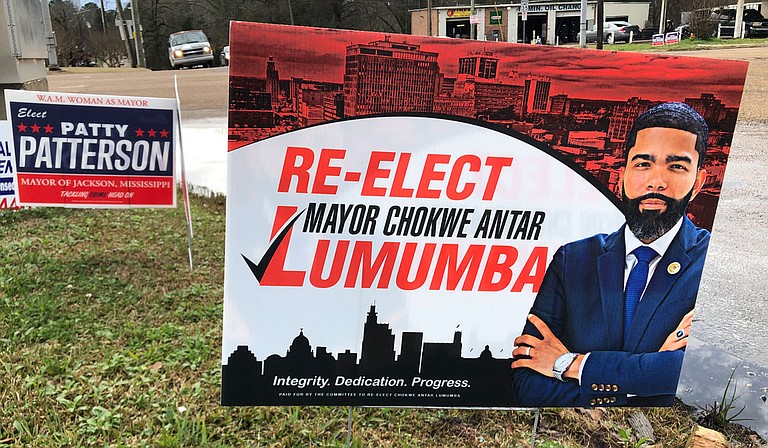 Mayor Chokwe A. Lumumba will face off with Kenneth Wilson and Palvise Patterson for the Democratic nomination in the primary election on April 6. More candidates can qualify by Feb. 5. Photo by Kristin Brenemen

Ten days out from the deadline to qualify for city elections, Mayor Chokwe A. Lumumba is standing for primary election against two Democratic Party contenders, Kenneth Wilson and Palvise Patterson, according to an unofficial list of qualified candidates posted to the City of Jackson’s website.

More candidates are possible, however, since they can qualify up to Feb. 5.

The winner of the Democratic primary will face independent candidates Charlotte Reeves and Lance Darnel Brown and Republican candidate Jason Wells, if no others join the race by the Feb. 5 qualification deadline. Late-qualifying candidates are common, however.

In August Lumumba declared his interest to run again for the office after a discussion with his wife, he said. Patterson announced her candidacy in October, Wilson on Jan. 9; Wells on Jan. 13 on Facebook, Reeves on Jan. 20 and Brown on Jan. 2.

Two Democratic candidates vying so far to represent Ward 4 on the council are Brian Carlyle Grizzell and Malcolm Dwight May. Ward 4 Councilman De'Keither Stamps is not standing for election after becoming the District 66 Mississippi House representative in October.

"For the primary election, all of the candidates that are running, other than independents, they will be on the ballot," Jackson Election Commission Chairwoman Linda Wanders told the Jackson Free Press Monday. "(However) after talking to the (Republican) executive committee chair, Mr. Pete Perry, he said that if no one else challenges (Republican candidates), he will not do a primary ballot. He will only have them on the general ballot."

"[W]e have a total of 82 precincts, and they will be open and working with safety measures and pandemic precautions in place," Wanders added. "We will begin training for poll workers on March the 1st."

The Mississippi Secretary of State's Office produced a municipal election training document that explains the legal framework and process for the coming elections for municipal certification training.

"Municipal Clerk's Office must be open from 8:00 a.m. to 12 noon the two (2) Saturdays immediately before each election," the document said about absentee voting. "Deadline for in-person absentee voting: Saturday before a Tuesday election, 12 noon."

"Deadline for receipt of absentee ballots returned by mail: Five (5) business days after the date of the election at 5:00 p.m. if postmarked on or before Election Day."