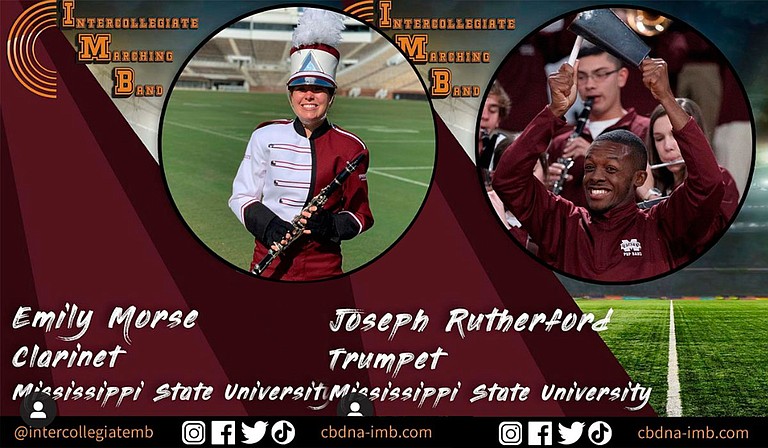 The College Band Directors National Association Intercollegiate Marching Band is facilitating the virtual show, which will include 900 performers representing 200 bands from 45 states and Puerto Rico. The performers will play “End of Time” by Beyonce. The show will premiere on the Intercollegiate Marching Band YouTube channel during halftime of the championship game.

Game time for the University of Alabama versus Ohio State matchup is 7 p.m. CDT. ESPN will televise the event. For more information, visit cbdna-imb.com.

Dennis spent 60 years fighting for civil rights in Mississippi and Louisiana and was one of the original Freedom Riders, who rode from Montgomery, Ala., to Jackson, Miss., in 1961. He served as field secretary for the Congress of Racial Equality and co-director of the Council of Federated Organizations and helped organize Freedom Summer in 1964.

In 1972, Dennis became an organizer challenging the Louisiana Democratic structure that resulted in an African American chairman and a majority African American delegation being sent to the national convention for the first time since Reconstruction.

The day before the event, Thursday, Jan. 14, the Margaret Walker Center will host its 26th annual For My People Awards at 6 p.m. This year’s awards ceremony will feature three recipients in a virtual conversation titled "A Movement: The Past to the Present." JSU will honor Dennis and Dr. Doris Derby, a civil rights activist and photographer, along with activist and scholar Dave Dennis Jr., son of Dennis Sr. Dennis Jr. will be the first recipient of the Margaret Walker Center’s For My People – Doris Derby Legacy Award, a release from JSU says. Lance Wheeler, education and public relations manager for the Margaret Walker Center, will moderate the panel discussion.

DLIEA is a nine-month executive leadership program for public, private and non-profit sector leaders from the Delta Regional Authority’s eight-state region, a release from JSU says. The 2021 class will consist of 30 fellows.

The program includes sessions that local, regional and national experts lead, which cover topics such as infrastructure and transportation, small business and entrepreneurship, workforce development and public health.