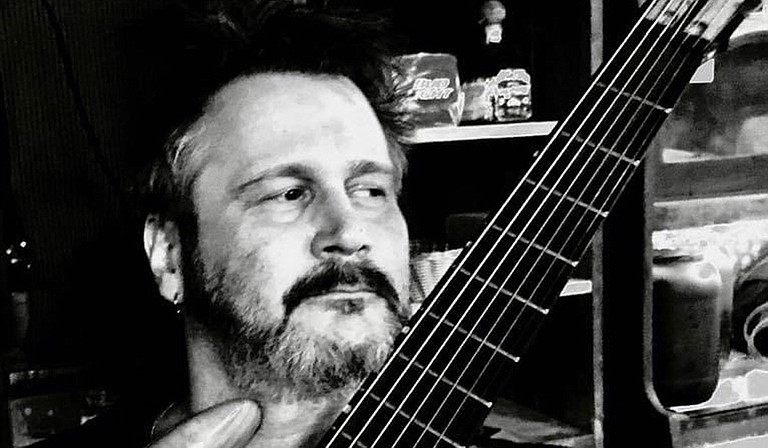 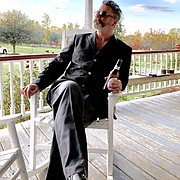 Andrew "Snakefarm" Burczynski, a Jackson artist and bassist who was one of the founding members of the Jason Turner Band, passed away at the end of December 2020.

Burczynski was born in Elmyra, N.Y., and frequently moved with his family due to his father's work as a preacher taking him to different churches around the country. He attended high school in Idaho and moved to Mississippi to attend Mississippi College, where he majored in art. While he primarily worked as a painter at the time, he had taught himself to play guitar and bass as a child and played for a band called Felini's Raincoat until a year before meeting Jason Turner in 1998.

Turner was 18 when he and Burczynski met. Turner had been playing acoustic guitar in coffee shops around Jackson and eventually took a job with the U.S. Mail office at Northpark Mall, where Burczynski was working as assistant manager.

"I remember one night I asked him if I could play some songs as we were closing," Turner told the Jackson Free Press. "He listened and then told me he was a bass player and asked if I wanted to start a band with him. The Dave Matthews Band was pretty popular at the time, and since I played acoustic guitar Andy thought we should go with a similar name scheme and call ourselves the Jason Turner Band."

Burczynski and Turner started playing in bars around Jackson after founding the band and got their first big gig at the city's annual Jubilee Jam event. They toured across the Southeast until around 2003, when the two moved to Nashville, Tenn., and put a new band together called Wayward Jackson. In 2007, Turner decided to move back to Jackson shortly after getting married, and Burczynski moved back as well soon afterward. They gathered new bandmates and reformed the Jason Turner Band, and toured together until 2018, when Burczynski left the band to pursue other genres of music on his own.

"We remained best friends even after Andy wasn't in the band anymore," Turner says. "He just decided that he wanted to do his own thing and explore things like funk music while I continued on with rock."

Over the course of his career, Burczynski toured with other prominent Jackson music artists, including Chad Perry, Aaron Coker and Travelin’ Jane. He had also been devoting himself more strongly to his painting in his final years, setting up a website and accepting commissions in-between performances.

"Andy was someone that everyone was friends with, like The Dude in Big Lebowski," Turner says. "He was always hanging out and talking with strangers anywhere he went, being the life of the party and wanting everyone to laugh with him. He was the kind of guy where you weren't just a friend, you were family. He was like a big brother to me, he helped me stop being shy like I used to be and brought out the confidence that allows me to be what I am. He was always pushing me to be better."