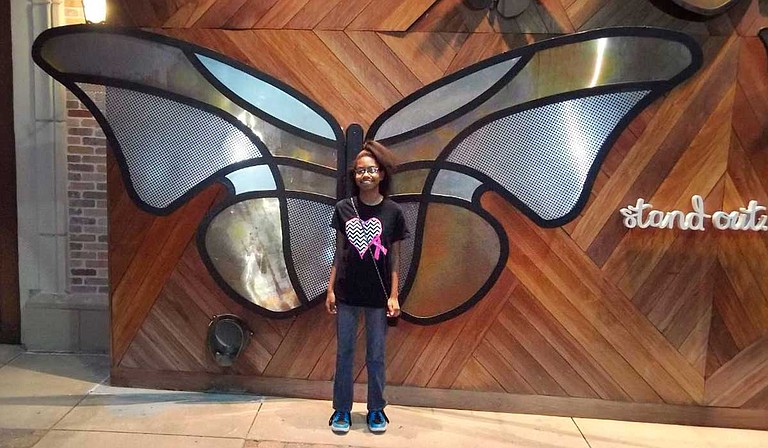 Kristen Rhodes, a seventh grade student at Huey L. Porter Middle School in Canton, says she has loved math since her time at Community Pride Preschool, when she got her first glimpse at the subject and immediately wanted to know more advanced techniques and see how far she could go.

"I was attracted to math because the answers are definite, right or wrong, independent of outside forces," Rhodes says. "I learned shapes and numbers early and loved using flash cards, and I already loved the subject by first grade."

Rhodes, 13, took the ACT for the first time during the summer of 2019 at the suggestion of Monica McGhee, assistant principal at Huey L. Porter Middle School, and scored a 27. She became the first 6th grader at her school to take algebra classes over the summer in preparation for the ACT and enrolled in advanced algebra for the fall 2019 semester.

A lifelong Canton resident, Rhodes went to elementary school at Reuben B. Myers Canton School of Arts & Sciences. Her mother, Cheleta Rhodes, works for Amazon and her father, Samuel Rhodes, works for Waitr. Her older sister, Kamryn Rhodes, is 18 and attends Alcorn State University, and her younger sister, Karla Rhodes, is 9 and attends Reuben B. Myers.

"I was expecting Kristen to do well when she took the ACT, but a 27 surprised even me," Cheleta Rhodes told the Jackson Free Press. "She is a test-taker by nature and always has been. She also does it pretty much all on her own. She's curious and wants to know things, and she's taken off on this by herself, with teachers along the way extending a helping hand."

In addition to her love of math, Rhodes has also enjoyed reading since first grade, picking up "anything and everything" she could find, but especially author Cynthia Rylant's "Henry and Mudge" series, which is about a boy named Henry and his English mastiff Mudge. She also enjoys reading horror stories by Stephen King.

Rhodes is preparing to take the ACT again in the summer of 2020, with the goal of scoring a perfect 36. She told the Jackson Free Press that she currently plans to eventually attend Alcorn for a general degree before pursuing a degree in programming or coding from the Massachusetts Institute of Technology and working for a major technology company such as Apple or Google.

In her spare time, she enjoys puzzles, word searches, Sudoku and video games.

The Mississippi State Board of Education will hold a recognition ceremony for Rhodes' achievement during its board meeting on Thursday, Oct. 10. The ceremony will take place at 10 a.m. in the fourth-floor boardroom in the Central High School Building in downtown Jackson.