Museum-to-Market Trail Could Open by Fall 2020 in Jackson 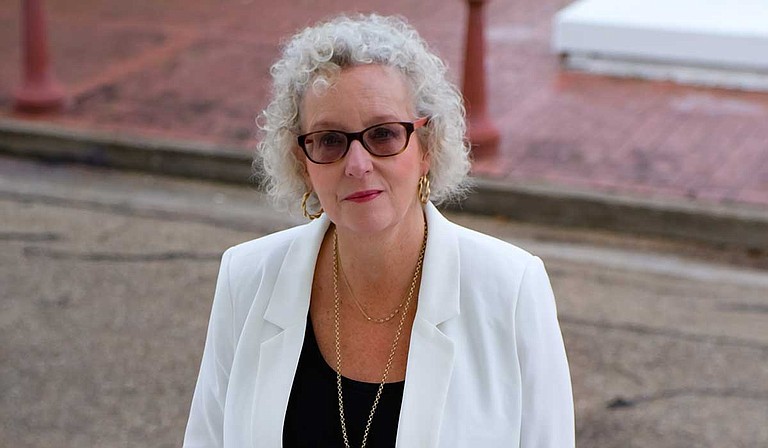 The Jackson City Council will vote on Tuesday, Nov. 26, whether to approve construction of a 2.5-mile-long trail that will connect downtown Jackson to Belhaven. Council President Virgi Lindsay praised the project during a work session meeting yesterday. Photo by Delreco Harris.

A new 2.5-mile-long walking, running, and biking trail connecting Jackson's museums and the Mississippi Farmers Market could open as early as fall 2020 if the Jackson City Council gives it the go-ahead tonight. It will vote at its meeting this evening to accept or reject a bid to begin construction on the "Museum-to-Market Trail." If approved, construction will start in March.

Plans for the "Museum-to-Market Trail" date back at least eight years ago. In 2011, the City of Jackson received a $1.1-million federal grant through the Mississippi Department of Transportation and the Central Mississippi Planning and Development District to construct the trail. Since then, the project raised additional funds.

Council members will vote whether to approve an order authorizing the City of Jackson to accept $450,000 in private donations toward the project, which will cover the remainder of the trail's construction cost. They will also vote on accepting Hemphill Construction Company's $1,579,850 bid to construct the trail and entering into a contract with Neel-Schaffer Inc. to handle construction, engineering and inspection services related to the project.

The JXN Trailblazers, a group of Jackson residents who are passionate about the outdoors, have long advocated for the capital city to develop its own multi-use trail to improve residents' quality of life, health and property values.

Council President Virgi Lindsay echoed Foote's enthusiasm. "About 10 years ago ... (we) went to Hattiesburg and saw what was possible and what could be," Lindsay said about members of the project, adding that its planning has been a "huge community effort."

"I just cannot believe we are finally here, gentlemen. I thank you so very much for everything. You've bled this trail," Lindsay added.

City of Jackson engineer Robert Lee, who is overseeing the project, said that the wide walking and bicycle path trail will serve the community in a variety of ways.

"A trail like this in that environment serves a lot of folks who can either walk there, come there to exercise, and it will be really good as an asset for the city," he said.

The trail will begin at the Two Museums in downtown Jackson and end at the Mississippi Museum of Natural Science off Highland Drive on the edge of Belhaven.

Planners hope that the project, which is in its first phase, can eventually expand. The goal is for the Museum Trail to grow into a larger, multi-use, regional trail connecting to other trails, Jonathan Kiser, transportation/traffic manager at Neel-Schaffer, told the Jackson Free Press.