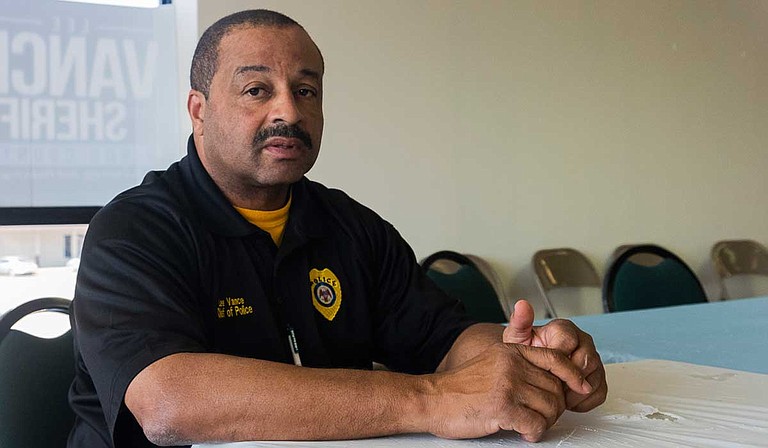 Democratic candidate Lee Vance was elected as Hinds County sheriff with 78% of the vote. Vance, who is a former chief of the Jackson Police Department, ran on a criminal-justice reform platform, defeating Torrence Mayfield, an independent candidate, and Republican Charlette Oswalt.

"Our system is like a swamp, but it must flow, and that will solve a lot of problems," Vance said of the Hinds County criminal-justice system during his campaign. He vowed to address problems at the Hinds County Detention Center, which has been under a federal consent decree since 2016.

In particular, Vance is concerned with overcrowding and lengthy pretrial incarceration at the jail, which he views as a constitutional violation. He referred to reducing prolonged incarceration as "the most important thing" to overhaul as sheriff during an interview with the Jackson Free Press in September. "American citizens should be entitled or have the right to speedy trials," Vance said.

Meanwhile, District 4 Supervisor Mike Morgan lost his re-election to Democrat Vern Gavin. The departure of Morgan, who is white and ran as an independent candidate during this year's race, means that the Hinds County Board of Supervisors will be an all-black board for the first time in its history.

Democrat Credell Calhoun defeated Republican Ponto Downing for the seat of District 3 supervisor, with 94% of the vote. Mr. Calhoun will replace his wife, Peggy Calhoun, who is retiring from her District 3 seat.

Kenny Lewis won the seat of justice court judge for District 4, defeating Tiffany Horton-Williams with 63% of the vote.

CORRECTION: An earlier version of this article mistakenly referred to Renee Shakespeare as a Republican candidate and Wayne McDaniel as a Democratic candidate for election commissioner. McDaniel and Shakespeare, who has never been a Republican, both ran as independent candidates, as is required by law for election commissioners. An earlier version of the story also stated that Bobbie Graves won the District 2 Election Commissioner seat; Graves did not win and there will be a runoff between Graves and Toni Johnson later this month. The story has been changed to reflect this.