JSU Alum Honored at Howard University, and Summer Camps at USM and Tougaloo 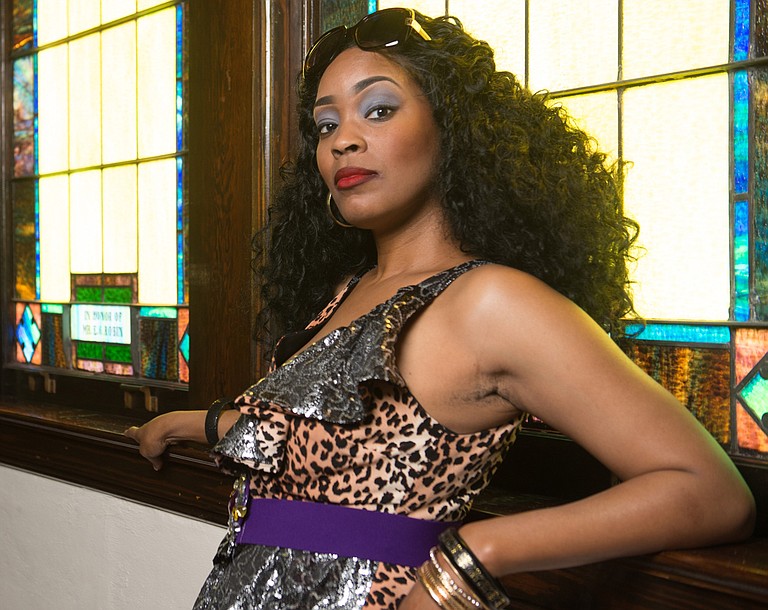 Kimberly Morgan-Myles, a drama, theater and creative writing professor at Tougaloo who is also a former Miss Mississippi, as well as an actor and playwright for New Stage Theatre in Jackson, will be one of the instructors for Tougaloo's Performing Arts Summer Camp. She is pictured here performing the role of Doris in New Stage's production of "Sister Act" in 2018. Photo by James Patterson/New Stage Theatre

After graduating from JSU in 2007, Mayse worked as a tax auditor for the Mississippi State Tax Commission until 2010. In 2012, he returned to his alma mater as an instructor in managerial accounting until 2013. He then worked as an assistant professor of accounting at Middle Tennessee State University until 2015, when he joined the HU faculty.

Mayse is also a member of the American Accounting Association, the American Institute of Certified Public Accountants, the National Association of Black Accountants and the Ph.D. Project, a Montvale, N.J.,-based nonprofit that helps African Americans, Hispanic Americans and Native Americans earn doctorates.

The University of Southern Mississippi will host its first Hackability.camp, an interactive week of training sessions for wheelchair-users in high school who are interested in technology, from July 7-11.

The camp is open to students entering ninth through 12th grade after the summer. Students will stay in Americans with Disabilities Act-approved dorms on the USM campus and learn about coding, designing, and college majors and careers best suited for wheelchair users. The program will also feature sessions with local and national speakers.

Speakers will include Keri Gray, senior director of stakeholder engagement and strategic communications for the American Association of People with Disabilities, and brothers Blake and Matt Watson, who are web developers for Mad Genius Advertising in Ridgeland.

Hackability.camp will also include courses on robotics, 3D printing, using computers to create 2D or 3D models for design work, creating a webpage, independent living for wheelchair users, developing accessories and other "life hacks" for wheelchairs, and more.

"My hope is to give access to career paths that these students may not have considered," Anna Wan, director of USM's Eagle Maker Hub and director of the camp, told the Jackson Free Press. "We have summer camps for things like hiking and fishing, but never before have we had a residential camp for students with disabilities to learn from others with disabilities. This is an opportunity for kids to see people like themselves who are in a tech-oriented career and find out what their futures might be in technology."

The entrance fee is $100 per student, which includes lodging and meals for one camper and one assistant, if needed. Each dorm includes a roll-in shower and two twin beds with space underneath. To register, visit hackability.camp. For more information, email [email protected].

The camp will include master classes in drama and theater, movement on stage, performing in large ensembles and more. Students can also study African drumming and parade drumming, and take private lessons on various other musical instruments. Additionally, the program will cover graphic design, music theory and history, composing music using computer software and other aspects of music-industry technology.

"This is a great opportunity for students to engage in artistic development and enrichment over the summer in a safe environment," Andrea Montgomery, associate professor of music and dean of Tougaloo's Division of Humanities, told the Jackson Free Press. "We look at this camp as a mechanism for engaging the students and the community in arts and arts production."

Tuition is $125, which includes a nonrefundable $25 registration fee. Parents or guardians must sign students in at Holmes Hall on the Tougaloo campus by 8 a.m. each day and pick them up by 3 p.m. Tougaloo can arrange for early arrivals or late pickups, but with an additional $25 fee for either. Tuition also includes a continental breakfast, lunch and afternoon snacks each day, and a T-shirt for the student.

For more information or to register, visit tougaloo.edu/performing-arts-summer-camp or call camp director Jessie Primer III, chairman of Tougaloo's Division of Visual and Performing Arts, at 601-977-7896.