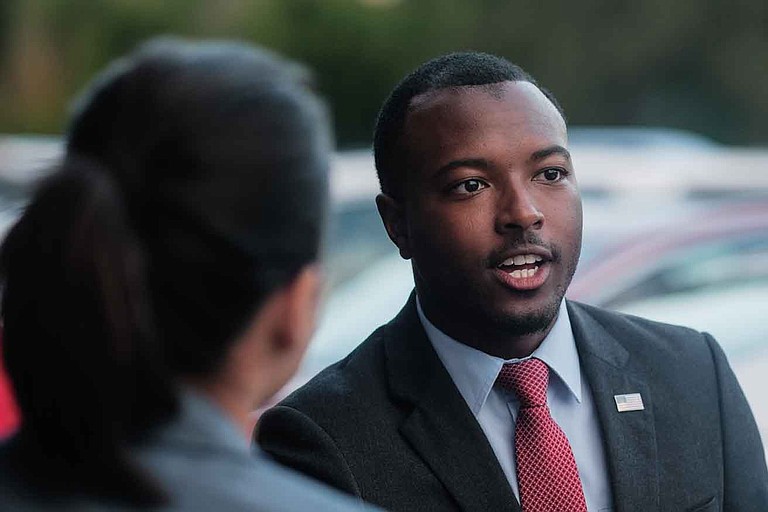 JACKSON — The Louisiana Senate passed a six-week abortion ban modeled after the one Mississippi passed in March, but with one caveat: If the Louisiana one becomes law, it will not go into effect unless Mississippi's fetal heartbeat law survives a federal court challenge.

Opponents of the law are already suing Mississippi, with proceedings expected to begin in the federal Southern District Court in Jackson later this month. Even as that case could cost Mississippi more than a million dollars by some estimates, Louisiana taxpayers would be off the hook.

"Louisiana should leave Mississippi out of its abortion debate," Mississippi state Rep. Jeramey Anderson, a Democrat who voted against Mississippi's law, said in a statement to the Jackson Free Press on Wednesday. "Mississippi taxpayers already are likely going to be saddled with a costly, and losing, court fight over its recently passed and flawed abortion restrictions. If Louisiana wants to fight the same fight, it should pay for it or send some of its taxpayers' money to Mississippi to help defray the cost of this losing cause."

Abortion-rights activists and some Democratic leaders are unhappy with Mississippi's leading Democratic candidate for governor, state Attorney General Jim Hood, after his office filed a brief in defense of the state's new six-week abortion ban.

"And, better yet," the lawmaker from Moss Point added, "it and Mississippi should reconsider this decision to stand between a woman and her doctor, and her right to make her own important health-care decisions."

The bill, which Louisiana senators passed in a 31-5 vote on Monday, after rejecting a bill to abolish the death penalty, would require doctors to check for a fetal heartbeat before an abortion takes place. It bans all abortions once a heartbeat is detected. Heartbeats are typically detectable after six weeks. The Mississippi law works the same way, with no exceptions for cases of rape, incest, or severe fetal deformities.

Mississippi Attorney General Jim Hood, a Democratic candidate for governor this year, is defending the state's law in federal court. The Jackson Free Press reached out to his office for comment on the Louisiana bill. A spokesperson said that his office could not comment because of the pending litigation, but did note that the court has set a hearing for May 21.

In recent years, federal courts have struck down anti-abortion legislation in Mississippi, including a 15-week ban that the Legislature passed in 2018.

Last year, Louisiana copied Mississippi's 15-week ban, too, using the same tactic to avoid court challenges that they are employing in this year's heartbeat bill. Louisiana Gov. John Bel Edwards, a Democrat, signed that law, which stipulated that it would not take effect unless the Mississippi one survived survived a federal court challenge. Louisiana still cannot enforce it because U.S. District Judge Carlton Reeves struck down the one in Mississippi last November, but Hood appealed that ruling to the 5th Circuit Court of Appeals in New Orleans.

"It's consistent with my unblemished pro-life record in my years as a legislator and governor," he said.

When Mississippi Gov. Phil Bryant, a Republican, signed his state's six-week ban in March, Lt. Gov. Tate Reeves promised to defend it in court, saying he had "absolutely no problem supporting whatever it costs to defend this (legislation) because I care about unborn children." Reeves is a Republican candidate for governor.

Earlier this year, as the Mississippi Legislature debated its six-week ban, state Sen. Joey Fillingane, one of the bill's authors, echoed Reeves' sentiment, saying any cost would be worth it.

Mississippi Law Could 'Challenge the Limits of Roe v. Wade'

In an interview with the Jackson Free Press on Monday, Fillingane said he believes the flood of nearly identical "heartbeat bills" in many state legislatures across the country this year are, in part, a response to President Donald Trump's appointment of conservative Brett Kavanaugh to the U.S. Supreme Court late last year.

Kavanaugh replaced Judge Anthony Kennedy, a Republican appointee who served as the deciding vote to uphold abortion rights in 1992. Anti-abortion activists had hoped that case would overturn Roe v. Wade, the landmark 1973 case that struck down state bans on abortion nationwide.

"With a fifth conservative taking the seat of Justice Kennedy, who was considered a moderate on the court, I think a lot of people thought, finally, we have five conservative justices and so now would be a good time to start testing the limits of Roe," Fillingane told the Jackson Free Press on Monday.

The Mississippi law, he said, "could be the vehicle that ultimately lands at the Supreme Court" to challenge Roe v. Wade anew. Any number of other heartbeat bills nationwide could be that vehicle, though, he said. Even Mississippi's 15-week ban that a federal judge struck down last year could; the state appealed that ruling to the Fifth Circuit Court of Appeals in 2018.

"So you never really know, given how the courts work and the speed with which they take these things up as to whether it will be our case that ultimately gets there first, or whether they would consolidate those cases together and take them up as a group," Fillingane said. "But I do think it certainly is a case that could become a test case to challenge the limits of Roe v. Wade, and I would be fine with that."

Last week, the Alabama House passed a bill that would make it a felony to have an abortion at any stage in a pregnancy. Doctors who perform abortions could face up to 99 years in prison if convicted. That bill, its author, Alabama Republican state Rep. Terri Collins, told NPR last week, is "simply about Roe v. Wade."

"They want a Roe case. That's why the states keep doing all of these laws; they want a Roe test case," she said in a November 2018 interview.

'It is the Child We Are Fighting for in Mississippi'

Mississippi's heartbeat law is supposed to go into effect on July 1, but it remains unlikely that courts will allow that while the case is ongoing. The Center for Reproductive Rights announced a lawsuit alongside the Jackson Women's Health Organization, or JWHO, Mississippi's only abortion clinic, on March 28. That has not stopped women in the state from fearing they may soon lose their abortion rights, though.

"We get patients who call and say, 'I have an appointment next week. Are you guys closed, or have you stopped doing abortions?'" JWHO Director Shannon Russell Brewer told the Jackson Free Press on April 4. "That's what we get every day. It's the phone calls asking, 'Are you still here?'"

On the day he signed the six-week ban into law, Bryant declared that "it is the child we are fighting for in Mississippi." Reeves, the lieutenant governor, joined him, calling it a "very important day in the history of Mississippi" and made a commitment to Bryant to "continue to fight to make Mississippi the safest place in America for an unborn child."

When the Center for Reproductive Rights filed its lawsuit, Bryant defiantly shot back on Twitter: "We will all answer to the good Lord one day. I will say in this instance, 'I fought for the lives of innocent babies, even under threat of legal action.'"

On Bryant and Reeves' watch, though, Mississippi remains the deadliest state in the country for babies after they are born. In 2016, nearly nine out of every 1,000 children born alive in the state died in infancy—a statistic that amounts to nearly 1%. That number is up since 2014 when it was 8.2. The national infant mortality rate is 5.6.

Separately, a 2018 report from the United Health Foundation found that Mississippi is the second deadliest state in the country for all children ages 1 through 18, and the mortality rate worsened between 2015 and 2016. The state is the worst in the nation when it comes to clinical health services for children, and the UHF also found that Mississippi is the least healthy state overall for women, infants and children.

During his tenure, Bryant has repeatedly rejected billions of dollars in federal funds to expand Medicaid, which could save rural hospitals in danger of closing and extend health-care access to an additional 300,000  Mississippians. In his campaign for governor, Reeves is also vowing to oppose Medicaid expansion, which Hood supports.

In Mississippi, Fillingane said, the main groups lobbying for the heartbeat law were Mississippi Right to Life and the Mississippi branch of Americans United for Life. Religious groups affiliated with Baptist, Catholic and Pentecostal organizations also pushed for the bill's passage, he said.

In 2011, 58% of Mississippi voters rejected the Personhood Amendment, which would have banned abortions, even in cases of rape or incest, and some forms of contraception. In the same election, voters first sent Bryant to the governor's mansion and made Reeves lieutenant governor.