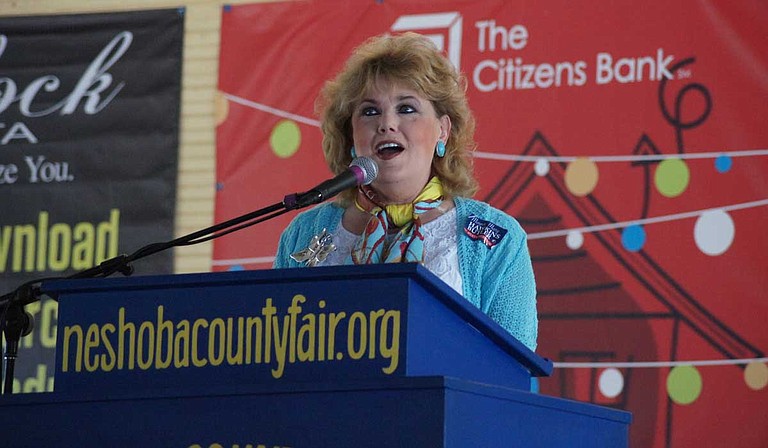 A federal judge has dismissed claims against Madison Mayor Mary Hawkins-Butler and a police officer in a lawsuit filed by the widow and sons of an attorney who killed himself during a bitter 2014 U.S. Senate race. Photo by Arielle Dreher.

JACKSON, Miss. (AP) — A federal judge has dismissed claims against a Mississippi mayor and a police officer in a lawsuit filed by the widow and sons of an attorney who killed himself during a bitter 2014 U.S. Senate race.

In 2017, Mark Mayfield's survivors sued Hawkins-Butler and others, saying the defendants were part of a political network that pushed Mayfield to suicide.

The lawsuit said Mayfield's life was ruined when he was charged with conspiracy to exploit a vulnerable adult after other people published an online video showing Republican Sen. Thad Cochran's wife Rose, who had dementia and was living in the same nursing home where Mayfield's mother lived. The video claimed the longtime senator was having an affair while Rose Cochran was incapacitated.

Police said Mayfield showed someone how to get into the nursing home to find Rose Cochran, and that person entered her room on Easter Sunday 2014 and made a video of her. Cochran's campaign said at the time that the senator was not involved in an improper relationship.

Mayfield died in June 2014, three days after Cochran defeated McDaniel in the runoff and before the felony charge against Mayfield could be prosecuted.

Thad Cochran was re-elected in November 2014 and Rose Cochran died the next month. The senator married a longtime aide in May 2015. He retired from the Senate in 2018 amid his own health concerns, and he lives in Oxford, Mississippi.

A blogger pleaded guilty to a conspiracy charge related to the video of Rose Cochran, and he spent several months in jail.

Reeves on Tuesday rejected a request by another police officer to be dismissed as a defendant in the Mayfield family's civil lawsuit. He wrote that the officer gave a "bare-bones" application for an arrest warrant against Mark Mayfield, "lacking any underlying facts and circumstances showing Mayfield's unlawful conduct."

Hawkins-Butler and other defendants have denied wrongdoing in the investigation of Mayfield.