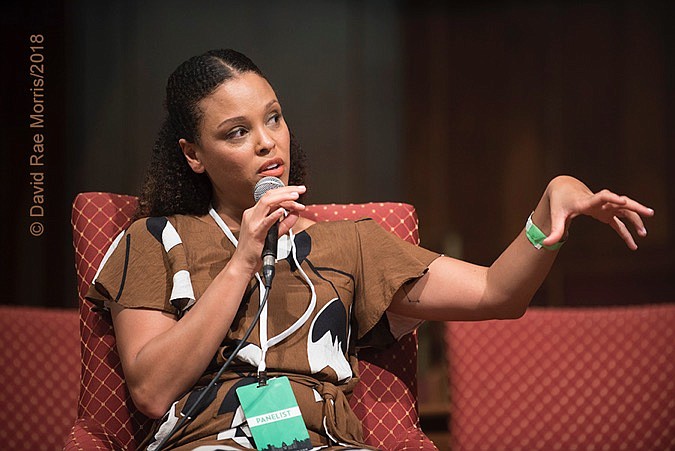 Jesmyn Ward is an associate professor of English at Tulane University, a novelist and essayist and the only woman to have won the National Book Award twice. Photo by David Rae Morris

Millsaps College will present honorary degrees to English professor and novelist Jesmyn Ward, biographer Jon Meacham and retired University of Mississippi Medical Center doctor Lamar Weems during the college's commencement for the class of 2019 on Saturday, May 11, at 9:30 a.m.

Ward is an associate professor of English at Tulane University, and a novelist and essayist. Her novel, "Salvage the Bones," won the National Book Award in 2011, and "Sing, Unburied, Sing" received the award in 2017. Ward is the only woman to have won the National Book Award twice. She has also received the American Library Association's Alex Award, the American Academy of Arts & Letters' Strauss Living Award, the Chicago Tribune's Heartland Prize and the MacArthur Foundation Genius Grant.

Meacham is a Pulitzer Prize-winning biographer and author of New York Times bestsellers such as "Thomas Jefferson: The Art of Power," "American Lion: Andrew Jackson in the White House" and "Destiny and Power: The American Odyssey of George Herbert Walker Bush." He is also a contributing writer for The New York Times Book Review, a fellow of the Society of American Historians and a distinguished visiting professor at Vanderbilt University in Nashville.

Jackson State University recently announced that it will reduce its out-of-state fees to $500 per semester starting in fall 2019, with the Mississippi Institutions of Higher Learning approving the change.

Warren B. Johnson, associate vice president and dean of enrollment management at JSU, said in a release that the university's flat fee, which is separate from tuition, is now $1,000 total for the spring and fall semesters each year. The previous out-of-state fee was $5,614 per semester, or $11,228 per year, and also required students to apply for a possible fee waiver.

Johnson also stated that JSU will eliminate the application and waiver process, and automatically assess the reduced fee for all out-of-state incoming and returning graduate and undergraduate students beginning in fall 2019.

JSU students who enroll in summer classes in May and June will not receive the reduced fee. The reduced fee also does not apply to JSU Online program participants because the university does not charge them the out-of-state fee.

The University of Southern Mississippi Center for Military Veterans, Service Members and Families is partnering with the American Legion Post 24, the Hattiesburg-area Marine Corps League and Veterans of Foreign Wars Posts 3036 and 5397 in Hattiesburg to honor fallen service members interred at local south Mississippi cemeteries for Memorial Day on Monday, May 27.

The USM Veterans Center is heading the partnership with the support of the campus chapter of the Student Veterans of America. USM veterans plan to dedicate Saturday, May 25, to placing United States flags on the graves of more than 1,000 service members in the area. The Hattiesburg-based Commiskey-Wheat Detachment of the Marine Corps League purchased flags for the event.

Michael McGee, veteran outreach coordinator for the USM Veterans Center, told the Jackson Free Press that the coalition will place flags at Highland, Roseland Park, Scott Street and Oaklawn cemeteries in Hattiesburg, as well as others in Covington, Perry and Stone counties.