OPINION: Truth to Power: Blacklists, Boycotts and the First Amendment 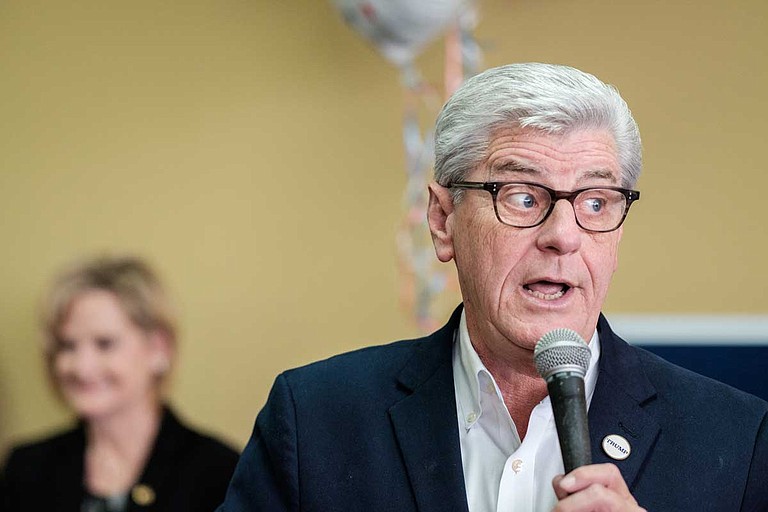 Jaz Brisack Photo by Christian Johnson for The Daily Mississippian

If there's a competition to determine which state legislature can pass the greatest number of blatantly unconstitutional bills in the shortest period of time, Mississippi's would be a worthy contender. Its most recent target is the right to boycott.

In April, Phil Bryant signed HB 761, the "Israel Support Act," into law, following landslide votes in both legislative chambers. This law prohibits Mississippi state government agencies from investing in companies that boycott Israel (which the bill defines as including the illegal settlements in occupied Palestine, a clear legitimization of the occupation).

Founded in 2005, the Boycott, Divestment and Sanctions movement, also known as BDS, attempts to use economic pressure to end the Israeli occupation of Palestine. Because this tactic is so effective, politicians are working overtime to counter it by passing nearly identical bills. Mississippi's law, copied from the Texas statute found unconstitutional on April 25, is a violation of free speech and will almost certainly be struck down. However, cost is apparently no object when politicians like Bryant seek opportunities to posture.

Perhaps the most disturbing part of the law is its requirement that the executive director of the Mississippi Department of Finance and Administration compile a blacklist of companies that boycott Israel. In Texas, "companies" was interpreted as including individuals working for state agencies.

Blacklisting activists has a long history in this state, as the 133,000-page Mississippi State Sovereignty Commission files show. From the House Un-American Activities Committee to COINTELPRO, blacklists have deprived activists of their livelihoods and even their lives.

In addition to state-sponsored campaigns against Palestinian rights activists, many independent organizations and individuals, including Trump associate Alan Dershowitz, have attempted to stifle discourse on the subject, even interfering with hiring or firing decisions of academics deemed insufficiently Zionist.

Canary Mission is perhaps the most threatening of these extra-legal groups. Intentionally secretive about who funds, creates and updates the organization, it nevertheless has tremendous power to harm students, faculty members and others who speak out about Israeli injustices.

Canary Mission has blacklisted and harassed many of my friends and heroes. Kiese Laymon, one of my favorite professors at the University of Mississippi, who was raised in Jackson, was blacklisted in 2014 while teaching at Vassar College.

Arab women, who were students in a class on the Israel-Palestine conflict, spoke out about the fact that they would be excluded from the class trip to Israel because they would not be allowed into the country. Laymon helped facilitate a forum where the Vassar community could discuss the students' complaints, an action that landed him on the Canary Mission blacklist, although their account was riddled with misinformation.

"They write those profiles like they know, but they never reach out to you," he told the Jackson Free Press. "So it said, 'Member of SJP, Member of BDS.' I didn't even know what that sh*t meant. I knew there were young women of color who were being denied something that other people had access to, and this woman in this meeting compared them to abortion-clinic bombers. That's wrong."

Inclusion on these blacklists results in threats and harassment. And not from amateurs. A New Yorker article quoted a former Mossad deputy director on the tactics he deploys against actual or suspected BDS activists. "You don't kill them but you do have to deal with them in other ways," the intelligence officer said.

Laymon, himself a former abortion-clinic defender, has also encountered this backlash.

"I've gotten a gazillion death threats," Laymon said. "And almost routinely, every place I go, they send emails. 'Do you know the person you invited, Kiese Laymon, is anti-Semitic?'"

However, confronting anti-Semitism is not the true objective of Canary Mission, the Mississippi Legislature or other anti-Palestine organizations. In fact, their conflation of settler-colonialism with Judaism is deeply anti-Semitic and ignores the vast number of Jewish people engaged in the struggle for peace with justice in Palestine.

Moreover, Christian Zionist ideology, which motivates politicians like Bryant to adopt pro-Israel policies, is itself anti-Semitic and based on the belief that a Jewish state in the Middle East will precipitate the end of the world (in which all non-Christians will convert or be killed). Today, as congressmen quote "Mein Kampf" in the U.S. Congress and hate crimes surge, distinguishing between anti-Zionism and anti-Semitism is more important than ever. We do so by fighting against incursions on free speech and the right to protest.