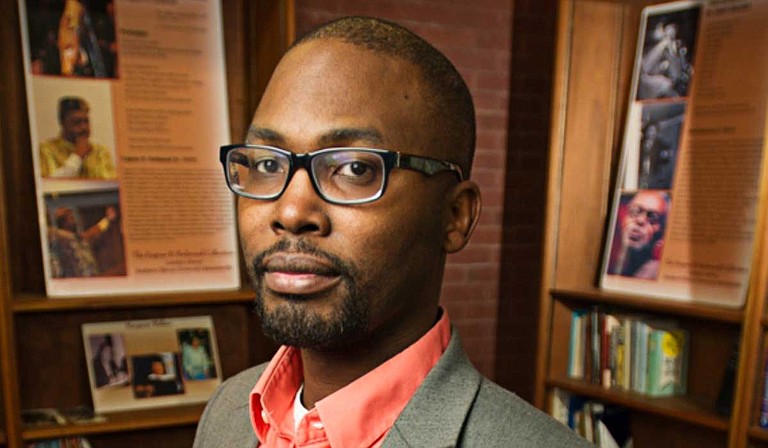 Howard Rambsy, a Tougaloo College graduate and professor of literature at Southern Illinois University Edwardsville, says he has been interested in blogging since around 2008, when he set up his own blog called Cultural Front. There, he has spent the past decade writing about the expressive culture of African Americans, with a heavy focus on poetry.

"I've been constantly writing about African American literature for years, and found blogging to be a great way to share it," Rambsy says. "When you study literature, you tend to spend a lot of time writing things mostly for other literature scholars, and it's a pretty narrow focus. Through a blog, though, you can make something for the general public. People love things like lists and suggestions for books to pick up, and this way I can serve that need."

On his blog, Rambsy writes about everything from his plans for upcoming classes at SIUE to books and comics by African American writers and artists, as well as the appearance of black girls and women on the covers of comic books and its importance to the industry.

Rambsy's most recent project on his blog is a list of 160 volumes of poetry by African American women from 2000 to 2019. The idea for the compilation, he says, grew out of perusing his own collection and from feedback he has received from previous, smaller lists and recommendations he has posted.

"I've done projects similar to this for a while, and people are always sharing their own suggestions with me," Rambsy says. "So, I decided to put every suggestion I've collected over 19 years in one place. A lot of these come from my own bookshelf, where I have around 100 or more volumes like these. I've also been adding to it from from libraries and anywhere else I could collect from.

"My hope in creating this compilation is that people use it as a place (to) dive into these volumes and find topics I've never thought of before to discuss about what they took away from it all."

Rambsy, 42, was born in Jackson, Tenn., and graduated from Northside High School before going on to Tougaloo, where he received a dual bachelor's degree in English and history in 1999. He later received both his master's and doctorate degrees in English from Pennsylvania State University in 2001 and 2004, respectively.

After graduating, Rambsy moved to St. Louis, Mo., and took his current position at SUIE. One reason he wished to teach at the university, he says, was to work with Eugene Redmond, an emeritus professor of English at SUIE who has since retired. Redmond, who was named Poet Laureate of East St. Louis in 1976, published a survey and analysis of 200 years of African American poetry titled "Drumvoices: The Mission of Afro-American Poetry, A Critical History" that same year.

"Dr. Redmond's spent a great deal of time studying African American poetry of the 1960s, which I was also looking into at that time, and I became fascinated with his work," Rambsy says. "His work covered poets all the way from the early days of America into modern times, and he also had an amazing collection of photographs of historic events."

In picking out the volumes of poetry to use for his list, Rambsy says he particularly wanted readers to take away a sense of the importance of the influence of music on black history, especially genres such as jazz and R&B.

"The theme of black history and how music has moved and shaped people is so important, and it's something that hadn't been covered in-depth historically for a long time," Rambsy says. "We have a lot of narrative now about slavery and historical figures, but we still need so much more information, and that was something I hadn't realized before starting these lists."

Rambsy and his wife, Psyche Southwell, have been married for 10 years.