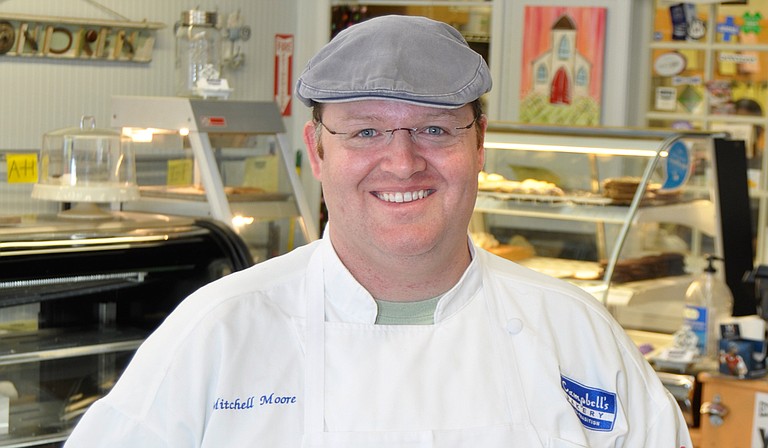 "We plan to start construction on a new building on the corner of Jefferson and Manship in September for Campbell's Craft Donuts," Moore told the Jackson Free Press. "It's going to be a scratch donut shop, which means that everything we serve will be made from scratch in-house. This new shop is going to offer specialty crafted large donuts, similar to what you'd find at District Donuts or Voodoo Doughnuts in New Orleans.

"We're going to be bringing the same level of commitment to quality we have at our other shops in Jackson and Madison to Belhaven. Everything from tortilla shells to toppings for donuts will all be made in-house."

Moore said the store will be a two-story, 3,000-square-foot building with retail space on the ground floor and offices on the second. He plans to open the shop in the second quarter of 2019.

In addition to its titular foods, Anand's restaurant includes Indian dishes such as biryani, butter chicken, mixed vegetable pakora, samosas, tandoori, tikka and more. Kebab & Curry is currently in a soft-opening phase, during which only buffet service is available, but customers can view the lunch and dinner menus online.

Anand was born in Hyderabad, India, and got his start as a chef working for Carnival Cruise Lines in 2000. He moved to California that same year, and later opened a restaurant called Panpra in 2002. He also operated an Amber India location in San Jose before moving to the Jackson area in 2004.

"When I moved to Jackson, the food here reminded me of what my mother, who was half English, used to make in her kitchen, and that appealed to me," Anand said. "I like to call the food I make here at Kebab & Curry 'soul food with a kick,' and I think anyone who likes that kind of food will also like what they find here."

Downtown Fitness' anniversary celebration will be from 11:30 a.m. to 1 p.m., and will have special group exercise classes, snacks and a drawing to win one of a dozen prizes, including free one-month trial memberships, free personal training, T-shirts and more.