OPINION: Cindy Hyde-Smith is Telling You Exactly Who She Is 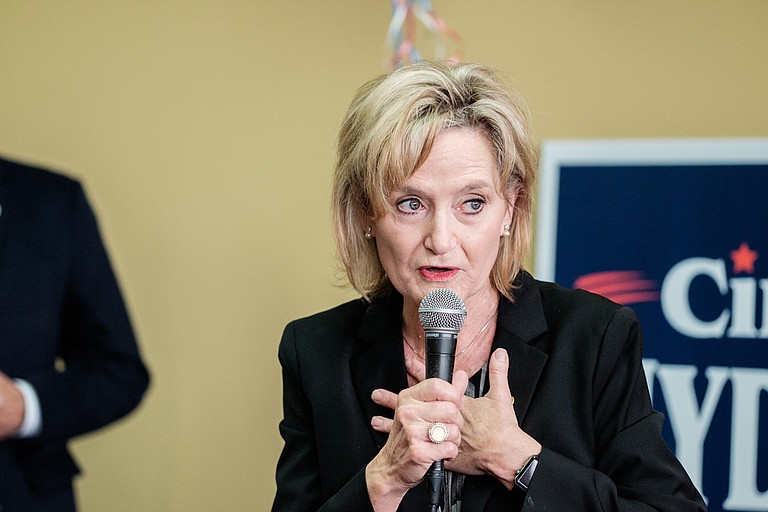 Cindy Hyde-Smith is telling you exactly who she is—just listen to her. Photo by Ashton Pittman. 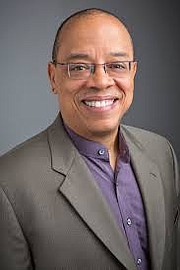 In attempting to "apologize" for her offensive statements about being in the front row of a public hanging and her endorsement of voter suppression, Sen. Cindy Hyde-Smith read her "apology" from cue cards saying, "I've never been hurtful to anyone," and alleged that her comments were twisted and taken out of context.

History provides context. "Lynching in America" is a report from The Equal Justice Initiative, a legal aid organization based in Montgomery, Ala., that documented 654 lynchings in Mississippi between 1877 and 1950—the most in America. Georgia is next with 589.

Black people were publicly lynched for "offenses" like trying to enter a room where three white women were sitting or accidentally bumping into a white girl while trying to catch a train.

Additional examples include the 1904 mutilation and lynching of Luther Holbert and his wife as white Mississippians watched while enjoying deviled eggs, lemonade and whiskey in a picnic-like atmosphere.

In 1918, four young Black people in Clark County—two brothers and two sisters (both pregnant)—were lynched. Describing what happened 50 years later, a woman explained, "People says they went down there to look at the bodies, and they still see those babies wiggling around in the bellies after those mothers was dead." When the National Association for the Advancement of Colored People demanded an investigation, Mississippi Gov. Theodore Bilbo, who opposed the 1938 anti-lynching bill, told them to go to hell.

The lynchings of Roosevelt Townes and Robert McDaniels in Winona, Miss., in 1937, were the first lynching photographs published by the national press. They were reprinted in Time Magazine and Life Magazine, and then in national newspapers. If you wanted a front-row view to a public hanging in Mississippi, the lynching of black people gave you plenty of opportunities.

Not long after Hyde-Smith made her offensive remark about attending a public hanging, she made what she claims was a joke about the virtues of voter suppression.

"And then they remind me that there's a lot of liberal folks in those other schools who ... maybe we don't want to vote," she said. " ... Maybe we want to make it just a little more difficult. And I think that's a great idea."

She made the "joke" in Starkville, home of Mississippi State University. She did not specify what "other schools" she meant, but Mississippi is home to a number of historic black colleges and universities, also known as HBCUs, that seem to fit the bill. She was not talking about Ole Miss.

The family of Lamar Smith was not laughing. Mr. Smith lived in Hyde-Smith's hometown of Brookhaven, Miss. In 1955, four years before Hyde-Smith was born, the 63-year-old local farmer and World War I veteran who went to the courthouse to help black voters fill out absentee ballots for an Aug. 23 election so they could vote without exposing themselves to violence at the polls. He was shot in cold blood, in broad daylight, before a crowd of people, including the county sheriff.

Gov. Theodore Bilbo also served as a state senator from 1935-1947. His views on voter suppression were as "funny" as Hyde Smith's.

"I call on every red-blooded white man to use any means to keep the niggers away from the polls—if you don't understand what that means you are just plain dumb," he said on a Jackson radio station in 1946, "The Ku Klux Klan in Mississippi: A History" by Michael Newton says. He added, "And the best time to do that is the night before!" This is context for voter suppression in Mississippi.

In 2014, Hyde-Smith visited the Jefferson Davis Presidential library in Biloxi and posted a picture of herself holding a rifle and wearing a confederate cap. She wrote, "Currently on display are artifacts connected to the daily life of the Confederate soldier, including weapons. Mississippi history at its best."

Perhaps she was taught this view of Mississippi history when she transferred to Lawrence County Academy, a segregation academy, for high school. Perhaps they forgot to teach her that before the Civil War, Mississippians wrote a secession statement that left no question about why Confederate soldiers took up the weapons Hyde-Smith held while smiling for the camera:

"Our position is thoroughly identified with the institution of slavery—the greatest material interest of the world. Its labor supplies the product, which constitutes by far the largest and most important portions of commerce of the earth. These products are peculiar to the climate verging on the tropical regions, and by an imperious law of nature, none but the black race can bear exposure to the tropical sun. These products have become necessities of the world, and a blow at slavery is a blow at commerce and civilization."

Cindy Hyde-Smith is telling you exactly who she is—just listen to her.

Jeffery Robinson, born and raised in Memphis, Tenn., is the ACLU deputy legal director and the director of the ACLU Trone Center for Justice and Equality, which houses the organization's work on criminal justice, racial justice and reform issues.