JPS: $65 Million Bond 'The Only Option' for District After State Funding Cuts 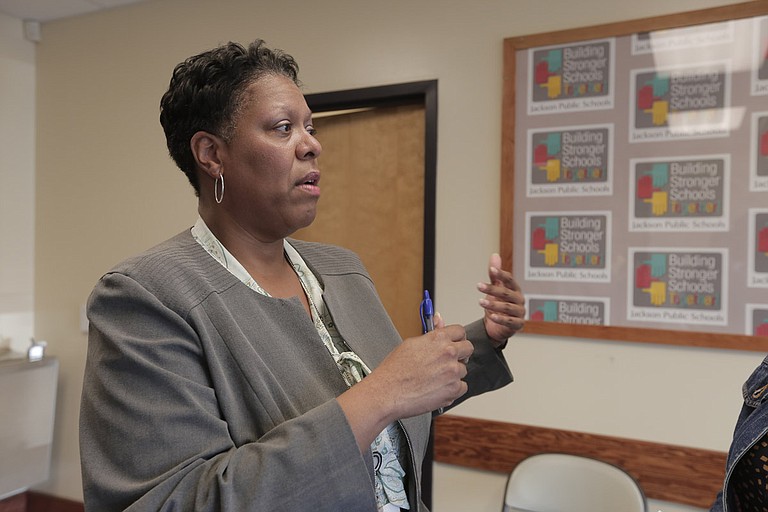 The Jackson Public School District is moving forward with a $65-million bond referendum on Aug. 7 for Jacksonians to approve or strike down.

The Jackson City Council met Monday afternoon to talk about the bond referendum that would give the district funding to address issues in the Corrective Action Plan the Mississippi Department of Education's mandated. That money would also go toward other district-wide repairs that the district cannot afford after losing $9.5 million in State of Mississippi funding for the next school year. The State cut $6.5 million and is diverting $3 million to charter schools.

Sharolyn Miller, chief financial officer of JPS, told reporters during a press conference yesterday following the special council meeting that taxpayers should not see an impact if the bond moves forward.

The June 11 special meeting marked the second lengthy public discussion about the bond since the city council approved a loan of up to $500,000 at its June 5 meeting to fund the election to vote on that bond.

Despite the council's vote to move forward with the referendum, some council members made it clear they didn't approve of the district borrowing that much money to fund a single-issue election. Others took issue with the cost of the bond itself and running an election in just a few months.

'The Only Opportunity We Have'

Nnmadi Thompson, a financial adviser to the district who works with Government Consultants, warned the council of the risk in delaying the election to November along with other countywide elections. "If the election was pushed back to November, that millage would not be leveraged until 2019, so then obviously the funds would not be available to the district until 2020...," he said.

By the end of the year, Thompson added, bond rates will probably go up 25 to 50 basis points, which could result in $3 million to $4 million less in what the district could borrow.

"Unfortunately—or fortunately—this is the only opportunity that we will have to do this," Miller said. "We will not be able to address these very very needed infrastructure needs with our district budget...."

She added that that $15.5 million from the bond money would take care of every single issue in the CAP, and the rest would go toward dire needs like HVAC repairs, bathroom issues at Lanier High School and making Newell Field safe for use again. The facilities budget for the upcoming school year is $500,000, which could disappear with just one air conditioner repair, Miller said. 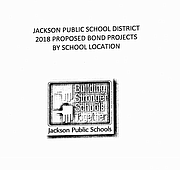 Ward 2 Councilman Melvin Priester Jr. asked if the district could just borrow the $15.5 million to cover the CAP-mandated updates. But Miller stressed that the bond addresses repairs and upgrades outside of the CAP such as science labs in all middle and high schools, settling parent complaints about not having a softball/baseball complex--meaning other teams cannot come to compete against Jackson schools--and upgrading libraries to make them more user-friendly.

"If you look at our schools, and you go into our schools, just because they weren't identified in the CAP doesn't mean they don't have those needs," Miller said. "This is the perfect opportunity to make those issues known."

JPS avoided a state takeover last year when the governor, City of Jackson, the school district and the W.K. Kellogg Foundation entered into a memorandum of understanding, which included a plan for a commission, a new school board and an intensive study of the school district.

While the Insight Education Group is conducting a needs analysis of the district, JPS had to press on with a new corrective action plan (CAP).

The CAP addresses the deficiencies the Mississippi Department of Education found in its investigative audit. Some accreditation standards in Mississippi focus on having safe facilities in schools. JPS is in violation of this standard.

The proposed bond projects include 18 specific repairs that will address deficiencies in the CAP, the list shows. Nearly all elementary schools, all middle and high schools will get some sort of repair if the bond issue passes. Several elementary schools need door replacements and restroom renovations to comply with state accreditation standards. The bond funds could go toward renovating and upgrading middle school science labs and upgrading air conditioning systems in three of the district's high schools.

A Working Together Jackson poll of more than 400 people indicated that 80 percent would vote "yes" in support of a bond issue. For the bond to pass, 60 percent of voters must approve it on Aug. 7.

Ward 7 Councilwoman Virgi Lindsay encouraged the council to let the bond election go through now, as she worried about issues like retention.

"We are losing students and families every day to the suburbs because they are choosing to put their children in a school district where they are investing and they are making improvements, and they aren't under the threat of a state takeover," Lindsay said. "I'm convinced that we really need to move forward at this time."

Robert Blaine, the City's chief administrative officer and interim director of the Department of Finance and Administration (effective yesterday), also sits on the Better Together Commission. He told the council members that the August election might be best for getting involved parents to vote for the bond.

"[H]olding the election or the referendum rather on essentially what is the first or second day of school would be a substantial get-out-the-vote campaign as well," Blaine said. "All of those parents and teachers that are very interested in the schools that their children attend would be bringing kids to school at that time.... Part of the strategy around the timing is to be able to essentially micro-target all of those parents and teachers and the like that are really engaged in this issue to make sure they turn out the vote."

Read more about JPS at jacksonfreepress.com/jpstakeover.