EDITOR'S NOTE: Move On from ‘Antiquated and Useless’ Gang Bill 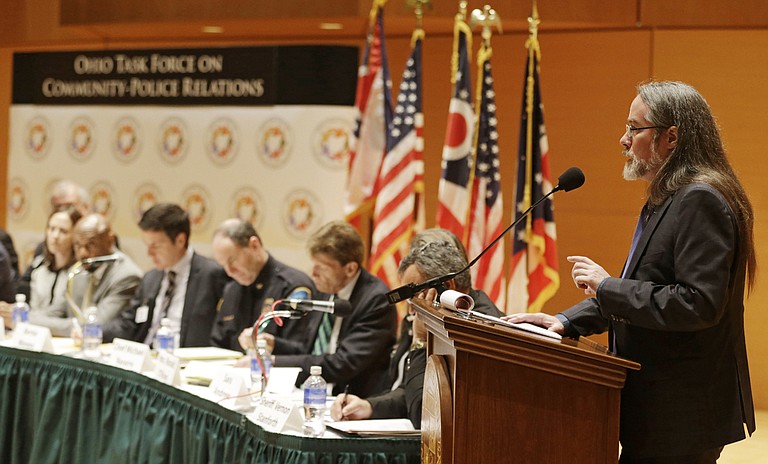 David Kennedy, a John Jay College criminal-justice professor and director of the National Network for Safe Communities, helped develop and implement Operation Ceasefire in cities across the country to counter violence. He says that efforts to police gangs, such as in Mississippi's failed gang bill, are “antiquated and useless.” Instead, police and communities must focus on the people who commit violence, he says. Photo courtesy AP/Tony Dejak

Whew, that nightmare is over. A very bad "gang bill" has died in the Legislature for the second year in a row. This death occurred after the Senate passed its bill to criminalize gang association and give expanded sentences to associates of gangs or crews or cliques for up to 15 years. The House version had already died, leaving the Senate version as the one to live or die.

The bill died after a year of The Clarion-Ledger carrying heavy water for the Mississippi Association of Gang Investigators, a wild-west-esque cop group that wants to round up the gangsters, old-school style. All last year, their reporter of "crime/breaking/mayhem" (per Twitter) kept quoting the bill's supporters proclaiming "a gang problem!" and reported MAGI members saying they wanted to lock up people simply for being in a gang—guilt by association. A similar gang bill died last year after its sponsor used the same arguments for it.

That reporter seldom interviews anyone about the gang bill other than law enforcement who want to send more young people to gang-infested prisons where they're likely to come out worse criminals. She doesn't talk to former gang members, which isn't hard at all to do, not to give up my trade secrets. And I have never seen her hunt down an actual criminologist, just taking every MAGI word as gospel.

MAGI even has a "Never Back Down" logo of a skull with dripping blood (or maybe it's milk?) over an apparent AR-15. The logo brings the slogan to mind of the now-disbanded NYPD Street Crimes Unit that shot unarmed Amadou Diallo 41 times in his yard: "We own the night." The SCU even had a Hemingway quote printed on their shirts: "Certainly there is no hunting of man like the hunting of man, and those who have hunted armed men long enough and liked it, never really care for anything else thereafter."

Never Back Down: Mississippi Escalates War on Gangs 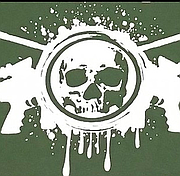 A proposed gang bill was not based on current evidence-based violence research. It died in the Legislature.

The problem with MAGI's gang bill is that it was circular, leaving no confidence that the people behind it were trying to seek good information and evidence-based strategy. They surveyed cops at a November 2017 convention (which that reporter attended) and sent the lists of suspected gangs to the local Homeland Security's "fusion center," which kicked MAGI back a report in December using their data to back the gang bill in January. Then Sen. Brice Wiggins, the bill's sponsor (whom the reporter had quoted all year), took to the floor and argued for it because, you know, gangs are bad. See Spot run.

Then, after it came out that the fusion report MAGI provided information to had doubled the number of gang members in Mississippi prisons, the reporter managed to distill the opposition to the bill into "civil-rights groups" and "the Black Caucus."

No, Ledger. The strongest opposition to any such gang bill, and police obsessing about gangs in general, actually comes from crime and violence experts who work daily to end violent crime and use both the research and the evidence-based practices the whole country of violence experts knows about in 2018. It's hard to type the words "gang violence" into a search engine and not be inundated with reasons the MAGI gang bill didn't make a lick of sense.

And not because the law might be used to profile African Americans and Hispanics, send them to prison longer if you can attach them to one or another gang, and then take away their voting rights forever. Yes, that is a real danger in today's world. We all know it, especially the folks who are salivating to disenfranchise black voters. We can stipulate this danger even without The Clarion-Ledger reporter's transparent asides about the Black Caucus being the big opponent of the gang bill.

The other, and arguably larger reason, to oppose the gang bill is that it would not do what such a law promises to do: reduce violence and serious crime over time. The crime experts would tell that reporter repeatedly should she bother to ask that policing gang activity is dumb and counter-productive. You should attack the violence and the people committing it, which most of them predict is 10 percent or less of the people who claim some sort of gang association, which is often a way of belonging to something bigger than yourself. (Which contains hints, by the way, of other ways to prevent violence and crime.)

I was just in New York City for 10 days to attend a crime-reporting symposium at the John Jay College of Criminal Justice where I have an investigative reporting fellowship (in conjunction with the Quattrone Center at Penn Law). The purpose is to give reporters tools to help know what and who to ask about crime and violence, and they connected us with everyone from the district attorneys of Brooklyn, N.Y., and Houston, Texas, to opioid experts (and a former addict) in Ohio, to the top criminologists and crime researchers in the country, to Koch Industries reps for prison and re-entry reform.

We'll be reporting on what I learned there over time, but suffice it to say that not one of them expressed the need to police and punish gang association and pile on additional sentences. The opposite, in fact. They know such "general" efforts are counter-productive and that most cities have moved to smarter, "focused" strategies.

One of the best-known strategies is headed by David Kennedy, a John Jay professor of criminal justice and the director of the National Network for Safe Communities, which helps set up and run programs often called "Operation Ceasefire" in cities around the country; some of their most recent work is in Birmingham, Ala. In fact, one of the primary strategies the 2016 BOTEC Analysis study of Jackson gang crime—funded by the Legislature and ignored by the Ledger—embraced was what is often called "the Kennedy model," which grew out of the successful Boston Gun Project of the 1990s, which he helped establish.

Put simply, Kennedy knows gang and gun violence, but doesn't use the word "gang" much. "'Gang' is an antiquated and useless concept," he told me in his office last week. He criticized the "world of gang enforcement" that fixates on policing gangs, instead of being smart and targeting the small percentage that commit the violence.

Stay tuned for more solutions reporting on this front. If the gang bill stays dead as it should, we need to replace it with efforts that are more intelligent and evidence-based and not as likely to increase recidivism and create more violent gang members.

To be part of a local dialogue on such causes and solutions, join the Youth Media Project Thursday night, March 1, at Wingfield High School from 6 to 8 p.m., and again on Thursday, March 22, from 6 to 8 p.m. at Jim Hill High School. Their outcomes will soon be posted and regularly updated at jxnpulse.com.