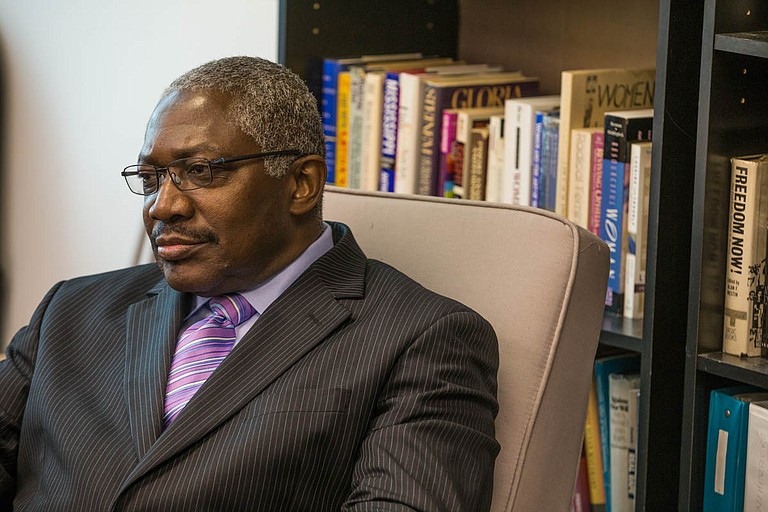 Sen. John Horhn, D-Jackson, said he hopes legislation that re-authorizes the Jackson Convention and Visitors Bureau as well as authorizes a review of the entire operation will lead to solutions for the city’s tourism agency. Photo by Imani Khayyam.

Pending Gov. Phil Bryant's signature, the State of Mississippi is reauthorizing the Jackson Convention and Visitors Bureau for another year, but with added strings attached.

The Legislature has authorized the city's tourism arm to use 1-percent tourism tax dollars from Jackson restaurants and hotels to promote the capital city and host events. In 2017, the tax generated $3.8 million in revenue for the bureau.

Late last year, the bureau asked the Jackson City Council for the authority to seek a tax increase from the Legislature, but after debate from some council members over what the bureau would do with more funds, it voted to just allow the bureau to seek its current level of taxing authority.

At the Legislature, some Jackson lawmakers expressed concern with the bureau's operations and, thus, added accountability measures to the legislation that reauthorizes the 23-employee group.

The bureau wanted a simple reauthorization, allowing it to continue operating for four more years. However, Sen. John Horhn, D-Jackson, asked the staff at the Joint Legislative Committee on Performance Evaluation and Expenditure Review to get data from JCVB during the session.

The bureau canceled the R&B festival for 2018 back in October. The PEER data Horhn requested show that from 2013 to 2016, the festival lost nearly $2.4 million in revenue. Simultaneously, festival attendance decreased for those four years, with the exception of a sharp increase in attendance in 2014. The bureau's 2017 annual report shows that 37 percent of the more than $4 million spent in 2017 was used for personnel and 54 percent on direct promotional events. While the annual report does not have a per-event breakdown, special projects, including the Jackson R&B Festival, cost the bureau $556,217 in 2017.

Roosevelt "Trey" Daniels, the bureau's lobbyist, emphasized that the group is a tourist organization, trying to attract people to the capital city who do not live here. He said the bureau has a grant program to help sponsor local events, including the Farish Street Festival. The bureau also financially supports the Greater Jackson Arts Council.

The quickest change House Bill 1637 requires is essentially an overhaul of the nine-member board. Technically, the bureau is supposed to act at the board's direction, but several members are serving well beyond their four- or two-year terms.

Mayor Chokwe A. Lumumba has 90 days after Gov. Phil Bryant signs the bill to pick new members for the board. The hotel, business, convention center, attractions and restaurant associations nominate several individuals, and the mayor chooses representatives from those nominees for council confirmation. Lumumba must also choose one member representing the arts community and an at-large member.

In 2017, the Legislature changed state law to say that any board with members serving outside their set terms are not technically not operating legally. This was the case at the bureau, which currently has only eight members, with one spot vacant. The most recent appointees came during former Mayor Tony Yarber's administration in 2015. Three members of the board are within their term limits.

"Starting July 1, every vote that the existing board has taken—the majority has been an illegal vote," Horhn said. "They have nine positions on that board, and five of the positions have been expired since 2013. ... So you're looking at all this and saying 'who's in charge here and why are they operating in such a loose fashion?'"

Horhn put a provision into the legislation that requires the Legislative PEER Committee to study or hire a group to review "accounting practices, office operations, administration, staffing, resource utilization and other best practices of facility management" at JCVB.

If PEER delegates the review to another group, JCVB will have to pay up to $100,000 to cover the costs.

"What you will find out is that they have a great organization that operates well and that there's no mismanagement or misappropriation of funds, so the bureau feels that it will go through this process ... and get great results," Daniels said.

Bureau staff did not respond to interview requests but provided the following statement. "The most important factor for this year's legislation was reauthorization. While there are some amendments, Visit Jackson is confident that it will continue to comply with all requirements to regain the standard reauthorization terms. Currently, there are three members of our Board of Directors within their term, Pam Confer, Carol Burger and Jackie Wansley," the statement says.

"The remaining members will continue to serve as allowed in our legislation, but subject to change at the Mayor's discretion. The mission of Visit Jackson remains the same and we will continue to promote, attract and facilitate events to and within our market to improve the quality of life of our citizens."

House Bill 1637 only authorizes the bureau for a year, meaning the group will have to be re-authorized in 2019 again.

"We hope that ... we will be able to come up with some solutions that everyone can live with, but at the same time, problems have been identified that need to be addressed," Horhn said.