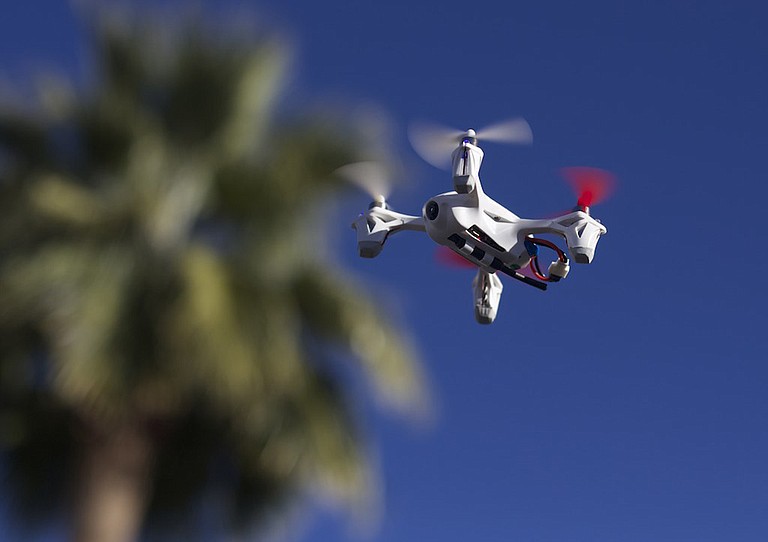 This week, the Department of Homeland Security began operations with Mississippi State University and other locations throughout Mississippi as a research and development test site for drones, or unmanned small aircraft. Photo courtesy Flickr/Andrew Turner

This week, the Department of Homeland Security began operations with Mississippi State University and other locations throughout Mississippi as a research and development test site for drones, or unmanned small aircraft.

The DHS Science and Technology Small Unmanned Aircraft Systems Demonstration Range Facility covers 2,000 square miles of restricted airspace at altitudes up to 60,000 feet. MSU will work with DHS on drone flight and exercise support for scenarios such as disaster relief from floods, fires and earthquakes, highway and rail accidents, border protection and containment of hazardous-material spills.

Mississippi State University heads the Federal Aviation Administration's Alliance for System Safety of UAS through Research Excellence, which is a group of 23 universities that coordinate research and development on unmanned aircraft systems, and operates an incubator for drone-centered businesses on its Starkville campus.

Millsaps College recently hired architectural firm Dale Partners to renovate the interior of the campus' historic Christian Center, which was constructed in 1950. The college hosted a ceremony at the center to formally launch the $14-million renovation project on Friday, Sept. 22.

The renovations will include a new lecture hall, high-tech classrooms, faculty offices, suites and seminar rooms, as well as an interdenominational cruciform chapel. The construction will also restore the building's front facade and install a new clock tower with the same look of the original.

The project's goal is to increase health and development outcomes for children less than 6 years old. The U.S. Health Resources and Services Administration will fund the project over the next three years through a $10.5-million grant. Funding for the first year of the project will be $3.5 million.

CHDP will provide health screenings at doctors' offices and child-care centers and more, as well as train physicians and child-care workers in the best practices for evaluating and treating children with unmet development needs, and increase the number of medical providers and allied-health professionals who specialize is childhood development. Dr. Robert Annett, UMMC's professor of pediatrics, is the project's research director.

A press release from UMMC says that less than a fifth of Mississippi children ages 6 and younger receive screenings for developmental and behavioral disorders, and that early childhood experiences can have long-term health consequences, such as mental-health problems, obesity and cardiovascular disease, and can shape a child's educational, social, physical and even economic well-being.