From Trump to Weinstein: ‘This Way of Treating Women Ends Now’ 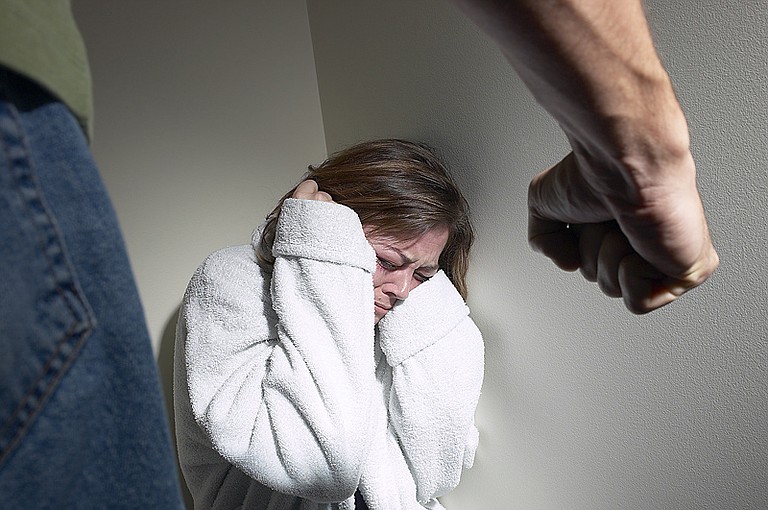 Too many men have long gotten away with harassing and assaulting women for sport, power rushes and gratification, and women have not believed we have the power to speak out, or change things. File Photo

Through the week, when the president-who-grabs-crotches wasn't signing away women's rights, he was complaining about NFL players dropping to their knees when women being forced to our knees is the real problem.

To cap it off, the week climaxed with a prostitute exposing a video that offensive Miami Dolphins coach Chris Forester sent her of him apparently sniffing cocaine, putting a "Handmaid's Tale" imprimatur on a whiplash week for American women.

Too many men have long gotten away with harassing and assaulting women for sport, power rushes and gratification, and women have not believed we have the power to speak out, or change things. Why? Because we're suddenly the liars, the sluts, the difficult beeotches for trying to claim equal time and dignity, not to mention controlling our own bodies and keeping nasty unwanted hands and lips off us.

These actions, or inactions, are stacked to favor certain men's rights to get what they want, and women acquiescing. Take birth control. First, allowing bosses to tell women how not to use their hard-earned health insurance (it's not a gift, you know) is a horrifying overreach of power.

And yes, birth-control pills literally save lives. A high-school student I know takes birth-control pills to treat a serious illness. Still, some people think that every egg that passes through women must be protected like a child that has actually been born, but they are not the mainstream. Most people think saving a woman's life takes precedence over saving a zygote.

Even in Mississippi. It's why we voted down Personhood. It went far beyond the abortion debate to the desire to control women's bodies and our right to use contraception for a reason of our choosing. Mississippi women found and shared their voices (especially in this paper) about that bad initiative's promise to not only ban abortion, even to save the mother's life, but to eliminate birth-control options and stop in vitro fertilization. It was radical and ridiculous, and we said hell naw, y'all.

It's telling—and on-so-ironic from the Big P-grabber—that Trump's birth-control swipe isn't over abortion rights, either. It's over women's access to contraception even as employers cannot deny men access to Viagra. They get to increase their fun, while women must live with the consequences if men like Trump get their way.

That's where the rubber, pardon the expression, meets the road. Women's very rights to make our own decisions, including having sex for fun while preventing pregnancy, are on the line. The plot seems to be that women should abstain from sex except when their husbands want it, or unless they're one of those lucky "Handmaids Tale" bad girls that the men sneak out to when they feel like being the biggest damn hypocrites who ever lived. (Hello, Dolphins coach). Or when a Trump, a Weinstein or a Cosby is in a grabby mood.

Novelist Margaret Atwood wrote the dystopian "Handmaids Tale" back in 1985 when the religious right first figured out how to gain power and wealth by using women's rights as a political football. The book painted a future where the crazy- right controlled women in the U.S., with men mistreating their own wives, having sex with "handmaids" (single women of child-bearing age) and then sneaking off to do the nasty with lipsticked hookers they also controlled. Oh, and the handmaids who resisted were hanged for all to see.

Now, there's a "Handmaid" Netflix series I can't bear to watch. It's too real as we watch what is unfolding in front of us as the grabber-in-chief tells employers they can limit women's birth-control options. Last week, a (wonderful) man in my office realized the full extent of what the government is trying to do with the birth-control bill, and is shocked because it's so unbelievable. But, why, he wanted to know?

Power over women. Some don't want to believe that—but look at men like Trump, Weinstein, Cosby and many far less famous to see that too many men are obsessed with doing anything they want with women while leaving us little recourse, and promising to hurt our careers and our reputations if we tell. Not all men, of course, but still too many to count.

When I wrote about being raped as a teenager and my absolute belief that I had no recourse, my in-boxes filled with women sharing their stories of rape and harassment with me. Many had never told anyone. These horrific abuses of power haunt all of us. This is what a "rape culture" looks like—many men indoctrinated to believe that they can get away with assault and harassment, and demonizing victims.

It's really simple math—their schemes don't add up. You can't build political dynasties around hollow preaching about "killing babies" with abortions and then snatch away the infants' health insurance and CHIP benefits the second they're born. You can't take away women's right to birth control and then scream at her that she has to perfectly raise all the babies that result and blame her when some of them end up in trouble. When women have babies you want to force them to conceive and then have, you can't then blame the "single mothers" when the men don't stick around to help feed and train said children.

And you sure as hell can't go spreading your seed to any woman you can force and then expect women to be chaste unless you said it's cool. There are real women on the other side of the controllers' desires, and more of them will get pregnant without contraception. That is math.

This week, however difficult for women to live through, did have a golden lining of hope. Women are finding our own power in numbers—to speak out, to say no, to resist. The response to Weinstein is painfully beautiful as one after another woman speaks up, and good men step up to support them (which every non-rapist man should do every single day).

As Gwyneth Paltrow—no longer a powerless young actress—said after detailing her own Weinstein episode: "This way of treating women ends now." Right now.