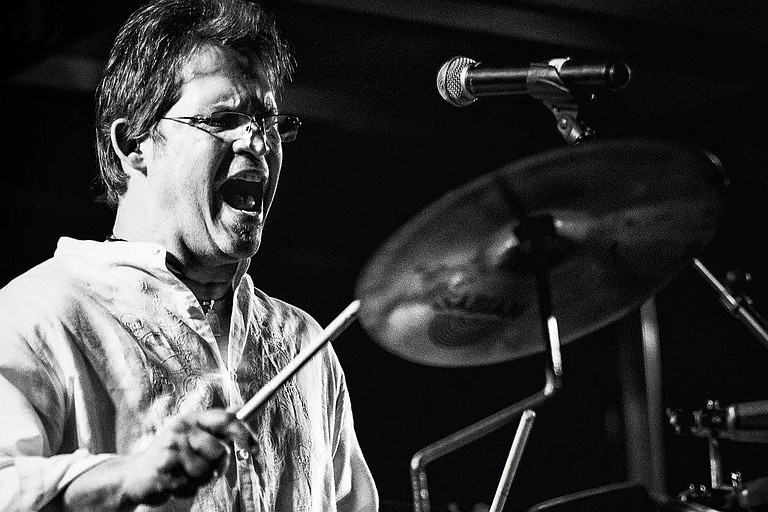 Cucho Gonzales, a Puerto Rico-native musician based in Brandon, is a co-organizer for a benefit concert to raise funds for Puerto Rico, which is still recovering from the aftermath of Hurricane Maria in September. The Concert for Puerto Rico will take place on Sunday, Nov. 12, at both Hal & Mal's (200 Commerce St.) and Martin's Restaurant & Bar (214 S. State St.).

"When (Hurricane Maria) was happening, I was watching the news about what was happening at home," Gonzales told the Jackson Free Press. "I saw the devastation that was happening in Puerto Rico and what it was doing to the 3.5 million people who live there, and I thought, 'What can I do?' Well, what I do is play music, and my friends recommended a concert as a way that I could help my home country. I'm working with the United Methodist Committee on Relief on this to make sure that all the proceeds go to wherever they'll do the most good to aid Puerto Rico."

Gonzales, 56, was born in Santurce, a district of San Juan, Puerto Rico, and grew up in Rio Piedras, an area in central San Juan. He moved to Brooklyn, N.Y., in 1962 with his late father, Tony Gonzales, his mother, Alba Hodes, and his younger brother, Fico Gonzales. His family moved back to Puerto Rico shortly after his younger brothers, Jose Mickey Gonzales and Mario Gonzales, were born in 1964. He also has an older brother, George Gonzalez, who is a professional guitar player in California.

Their parents divorced soon after Cucho graduated from the now-closed Our Lady of Pilar High School in 1979, after which he moved with his mother and brothers to Pennsylvania. Gonzales enrolled at Pennsylvania State University and majored in Spanish business with a minor in music, but dropped out in 1984 and moved back to Puerto Rico, where he received an associate's degree in computer science from the now-closed CeDECA technical school. Gonzales moved to Brandon, Miss., in 1997.

Today, Gonzales works as an independent Spanish interpreter and has been part of a 10-member Latin-music ensemble called Latinismo since 2005.

"I've been playing music since I was 8 years old," Gonzales said. "In Puerto Rico, I was surrounded by all sorts of Latin music all the time and plenty of American music, as well. My parents exposed my brothers and me to bands like The Beatles, Four Seasons and plenty more, and today, all of my brothers are musicians like me. I play drums and Latin percussion instruments like conga, timbales and bongos, and Latinismo plays salsa, merengue, Latin jazz, Latin rock and just about any Latin genre you can think of."

Latinismo will perform as part of the Concert for Puerto Rico's Hal & Mal's lineup alongside acts such as Bluesman McKinney Williams, The Axe-identals, The Vamps, the Central Mississippi Blues Society Band, Fred T & the Band, the Jason Daniels Band, Chad Perry, These Days with Jewel Bass and Jesse Robinson, Epic Funk Brass Band and more. The second event will begin at Martin's at 8:30 p.m., with acts such as DJ Young Venom, Seth Power & the Part-Timers, and Monsterz featuring Dexter Allen.

"This is going to be a great night of music, camaraderie and Mississippi love for Puerto Rico," Gonzales said. "I feel overwhelmed by all the support I've already received putting this together. We want to turn heads in Mississippi with this event, and the more support we can get for it, the better."

The Concert for Puerto Rico will be at Hal & Mal's from 3 p.m. to 8 p.m. and will then move over to Martin's Bar from 8:30 p.m. to 12:30 a.m. The event will also feature a silent auction. Tickets are $15 for one of the two venues or $25 for both, and can be purchased at ardenland.net. For more information or to donate to the event, find Concert for Puerto Rico on Facebook.