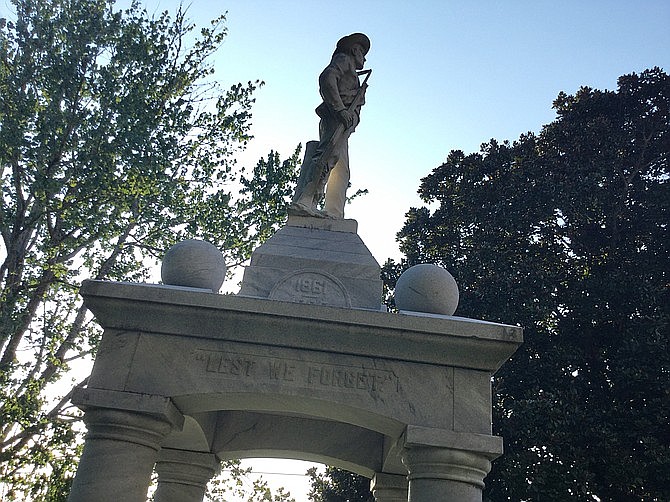 MONTGOMERY, Ala. (AP) — Alabama Gov. Kay Ivey on Wednesday signed into law sweeping protections for Confederate and other long-standing monuments, a move that comes as some Southern cities remove Confederate monuments from public grounds.

"Contrary to what its detractors say, the Memorial Preservation Act is intended to preserve all of Alabama's history — the good and the bad — so our children and grandchildren can learn from the past to create a better future," Allen said.

African-American lawmakers opposed the bill at every step of the legislative process. They argued that the monuments pay tribute to the shameful legacy of slavery.

The landscape of the states that once made up the Confederacy is dotted with monuments erected in the decades after the Civil War paying homage to the so-called Lost Cause. A few Southern cities have begun to rethink those tributes, causing a backlash from supporters.

New Orleans last week completed the removal of four Confederate statues. The city's mayor first proposed removing the monuments after the 2015 massacre of nine black parishioners at a South Carolina church. The killer, Dylann Roof, was an avowed racist who carried Confederate battle flags in photos.

The proposed removal of a statue of Gen. Robert E. Lee in Charlottesville, Virginia, prompted a torch-lit protest and a candle-lit counter-demonstration there.

Birmingham's park board has approved a resolution to remove a 52-foot-tall Confederate monument in a downtown park in 2015, prompting a legal challenge from a Southern heritage organization.