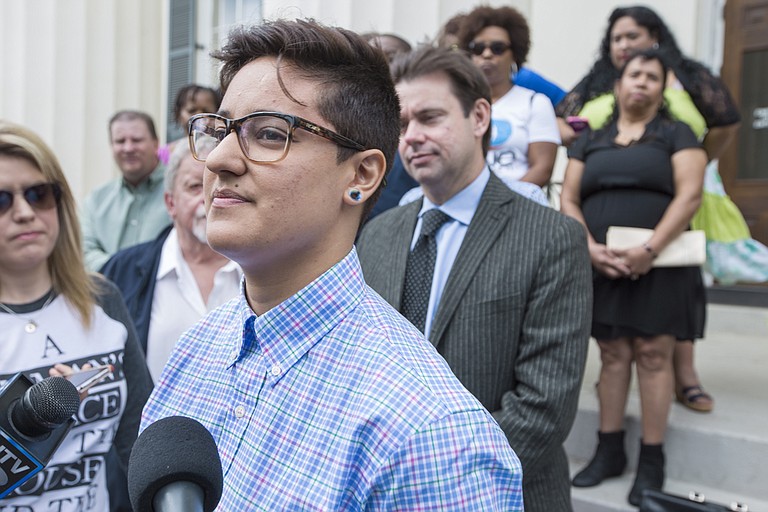 Daniela Vargas, an undocumented immigrant in the process of applying for DACA for the third time, joined pastors, business owners, lawyers and concerned Jacksonians outside City Hall today to discuss how immigrants positively affect the state's economy. ICE detained her afterward. Photo by Imani Khayyam.