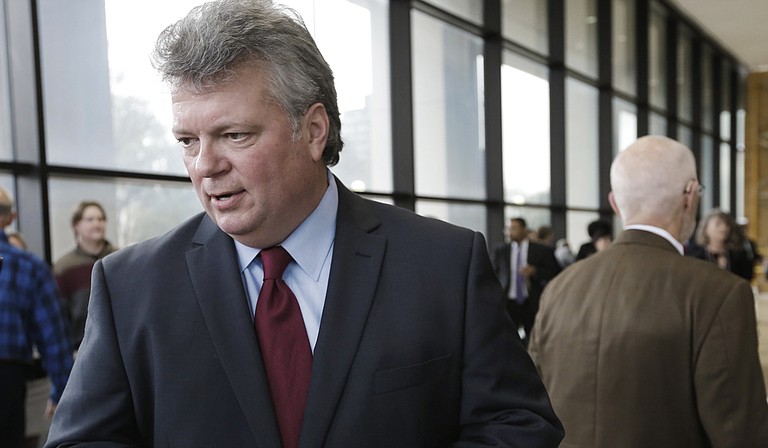 JACKSON — J.B. is from northern Mississippi and was committed to a facility in Gulfport, hundreds of miles away from his home for mental-health treatment. L.P. is from Jackson, and like J.B. was also sent to the coast for treatment. L.S. is from southwest Mississippi and was housed in Jackson. These young people have all been placed in long-term residential institutions due to their behavioral or emotional disorders instead of receiving care in their own communities near their homes.

They are just three of the many children in the Mississippi's mental-health system who are Medicaid-eligible for community-based care, but are instead ushered away to institutions, sometimes hundreds of miles away from their homes and families, according to a 2010 lawsuit filed on their behalf by the Southern Poverty Law Center and other advocacy organizations. The lawsuit says the kids listed above and others were "denied intensive home- and community-based mental-health services." 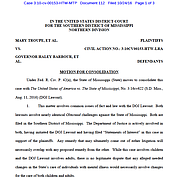 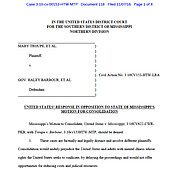 Medicaid-eligible children are entitled to services under the Early and Periodic Screening, Diagnostic, and Treatment Services (called EPSDT) provisions of the Medicaid Act. These services include individual counseling and treatment for mental health or substance abuse administered at home or school, counseling and therapy and intensive outpatient services, a 2014 Medicaid EPSDT guide says.

The State of Mississippi offers some of these services with wraparound teams and mobile-crisis response teams coordinated in community mental health centers around the state. Plaintiffs in the Troupe v. Barbour case allege that they are denied intensive home and community-based care as described above and instead are forced to cycle through institutions instead.

From Two Lawsuits to One

Then early last December, U.S. Magistrate Judge Michael T. Parker ordered the consolidation of the two lawsuits, saying that their jurisdiction and venue are the same—and they both allege "broad challenges to Mississippi's public policies concerning the provision of services and treatment under Medicaid to those with mental illness."

"Each case involves a facet of the same mental-health system," Parker wrote in his Dec. 6 order. "While there will undoubtedly be some need to distinguish between fact issues related to each facet, the Court does not believe it will be as difficult or confusing as the United States argues." 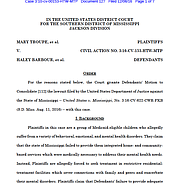 The State of Mississippi originally asked for the consolidation of the two cases, and the U.S. Justice Department asked the court to not consolidate them, saying it would delay proceedings in the two cases. Judge Parker disagreed and consolidated the two cases anyway, saying that since neither case has gone into the discovery phase, yet, it would not cause delays.

State lawmakers have known about Mississippi's mental-health system problems for quite some time. A 2008 Joint Committee on Performance Evaluation and Expenditure Review report shows that not only did the state primarily focus its funding on its mental-health institutions and facilities but also lags behind national trends in increasing funding for community-based services. And while funding for community-based services had increased, it did not increase as much as in other states.

The State did work to implement changes to the system in order to avoid a lawsuit for violating the Americans with Disabilities Act, in light of Olmstead, the 1999 landmark U.S. Supreme Court decision that required states to place people in community settings rather than institutions, just not quickly enough.

The Mississippi Department of Mental Health has a plan to incorporate more community-based services into its treatment, including training for the State's mental health-care providers to offer "wraparound" services, expanding substance-abuse treatment programs for youth and their families, and operating mobile crisis response teams through the state's community mental-health centers to avoid improper hospitalization or jail time for an individual experiencing a crisis.

For fiscal-year 2018, DMH requested $83.1 million for its services budget, which implements the state's community-based services like the community mental-health centers, mobile-response crisis teams and training for stakeholders to provide wraparound services for youth. The Joint Legislative Budget Committee recommends cutting the overall department state support budget by at least 3 percent or almost $8 million.

In his fiscal-year 2018 plan, Gov. Phil Bryant recommends keeping the mental-health department's budget the same as it is this year, after most state agencies took cuts in fiscal-year 2017. Bryant critiqued the August lawsuit, brought by the U.S., calling it "another attempt by the federal government to dictate policy to the states through the courts," the Associated Press reported in August. Taxpayers will bear the financial burden of the two lawsuits, merged or separate.

Attorney General Jim Hood responded to the August lawsuit by saying the State now had the opportunity to focus on and continue to expand mental-health services because over-reliance on institutionalization versus other solutions for mental and behavioral care for Mississippians led to the two lawsuits in the first place.

"We are now in the undesirable position of fighting a lawsuit that will cost us even more," Hood said in a statement. "It's time to act on behalf of our mentally ill residents and invest in the care they deserve."