The Comeback: Adult Education on the Rise 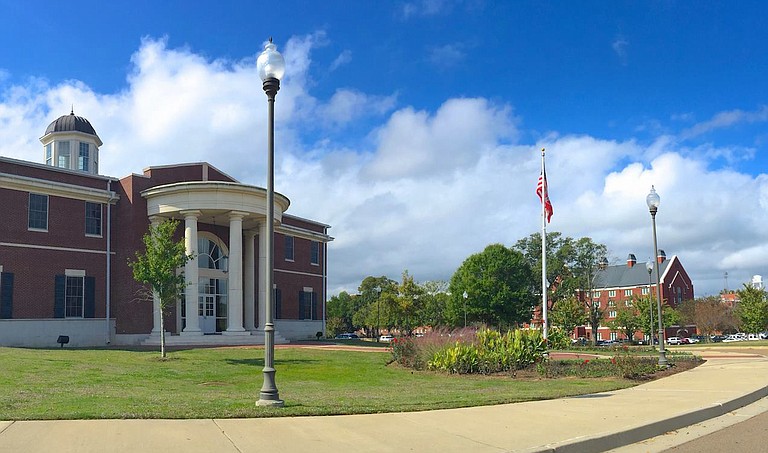 JACKSON — Former famed attorney Richard "Dickie" Scruggs says he found purpose in prison by helping educate his fellow inmates. In federal prisons, any inmate without a high-school equivalency diploma is required to take classes toward earning one. Scruggs, who helped win a large tobacco settlement on behalf of the State of Mississippi in the 1990s—but went to federal prison after pleading guilty to conspiring to bribe a circuit judge in 2008—taught the literacy program in the Appalachian prison where he lived for six years.

Upon his release in 2014, Scruggs saw an opportunity to use his new skills back home, forming a nonprofit called 2nd Chance Mississippi, which helps the state's community colleges keep retention rates low for adult basic education, or ABE, programs. At first this meant connecting local charities and organizations with area community colleges that run such programs.

"Our students are one flat tire away from dropping out again," Scruggs told the Stennis Capitol Press Forum last week.

ABE is not only offered at the state's 15 community colleges, but is also offered through some public-school districts and other organizations. For example, in Jackson, adult basic education is offered through Jackson Public Schools, Jackson State University and Hinds Community College. Adult basic education is free to any Mississippian who has dropped out of high school. A 16- or 17-year-old must have a withdrawal form from their public school, as well as parental permission to take the courses, but otherwise the education is free. Classes can take anywhere from a few months to a year, depending on a student's education level when he or she enters. 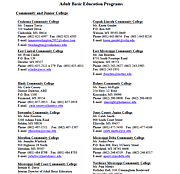 Mississippi had almost 8,000 students signed up to take the GED test in 2010, but by 2012, numbers dipped to around 6,000—with only a 55-percent pass rate, numbers from GED Testing Services show.   Then in 2014, changes to the GED test looked like they would drive that number even lower.

In 2014, the GED test added new components, especially in the math and reading parts of the exam, and scared away many former students from enrolling in courses, forcing teachers to catch themselves up on new material.

CT Hemingway-Turner, senior director at GED Testing Services, said the test change focused on outcomes during a national growth in middle-skilled jobs. Research showed that the old test was not preparing people well enough for the job market.

"What we really wanted to do is make sure that we're preparing them (for college, college training programs and for the workforce)," Hemingway-Turner told the Jackson Free Press.

Before the news of GED changes, Mississippi had a 55-percent pass rate in 2012. In 2013, numbers are not comparable due to the surge of students encouraged to take the test before it changed.

Only half the number of students who took the GED in 2012 took the test in 2014, but the pass rate was much higher, around 73 percent.

"Even though the test was more rigorous, the truth of the matter is people are passing at higher rates," Hemingway-Turner said. "The hard work has been done by the educators."

Sandy Crist, the director of Adult Basic Education at the Mississippi Community College Board, said the changes to the test intimidated students and teachers alike, and that her department had to do a "tremendous amount of training."

A few years later, however, the number of Mississippians passing a high-school equivalency exam is back on the rise. In 2011, 16,854 Mississippians were enrolled in adult basic education, data from the Community College Board show. But by 2014, enrollment numbers dropped to 13,269 students.

So far in 2016, 12,846 Mississippians are enrolled, but already more of those enrolled have received their high-school equivalency diploma than in 2014 and 2015.

GED Testing Services also took a step back from its more rigorous exam at the beginning of 2016, when it lowered the minimum passing score by five points. Crist said 680 adult basic education students received letters from GED Testing Services informing them that their scores counted earlier this year.

Now Mississippians can take one of three tests to earn a High School Equivalency Diploma. Previously, the GED was the only one available to students, but once the testing company privatized in 2011, the market opened, and more tests emerged.

In February, the Mississippi Community College Board adopted two more to join the GED on their list of approved tests: the HiSET (High School Equivalency Test) and the TASC (Test Assessing Secondary Completion).

While adult basic education is free to any Mississippian who dropped out of high school, the tests cost money. The GED is $120, while the HiSET and TASC tests are around $80.

Once someone completes all portions of one of these tests, he or she receives a diploma. The diploma, Crist said, does not say which test the graduate took.

In 2014, the U.S. Congress passed the Workforce Innovation and Opportunity Act, which led to changes in adult basic education throughout the country. Mississippi was one of the first states to have an approved plan as a result of the act, Crist told the Jackson Free Press.

"The majority of our students have some type of barrier from transportation to childcare and gas money," Crist said.

The state plan is supposed to help students in adult basic education stay in those programs, and pass the test by the end of the course. Scruggs and 2nd Chance Mississippi are piloting a program at Northeast Mississippi Community College and Itawamba Community College to help 100 students get through a 25-week term of adult basic education with added skill trainings.

2nd Chance will pay the students' tuitions for the skill training courses (adult basic education courses are free), as well as provide $20 gas cards to students each week for attendance and $250 upon completion of their studies.

Scruggs said this financial aid should enable students to overcome barriers to completing their courses.

"We're going to measure our success based on someone getting a non-minimum wage job (when they graduate)," Scruggs said last week. "These schools are convinced that they can place all these students in jobs."