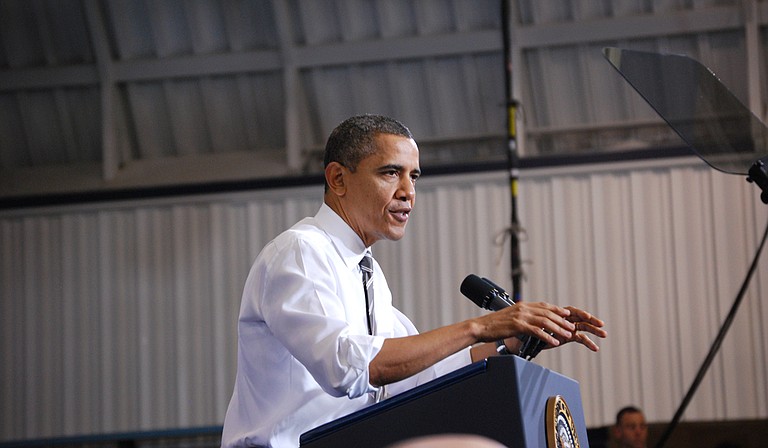 Today the Obama administration issued a directive offering "significant guidance" to school districts on curbing sex-based discrimination in schools, specifically against students who do not identify with the gender commonly linked to their biological sex. The president issued the directive in conjunction with a letter from the Civil Rights Division of the U.S. Department of Justice and the Office for Civil Rights of the U.S. Department of Education.

"There is no room in our schools for discrimination of any kind, including discrimination against transgender students on the basis of their sex," said Attorney General Loretta E. Lynch in the Department of Justice press release. "This guidance gives administrators, teachers and parents the tools they need to protect transgender students from peer harassment and to identify and address unjust school policies. I look forward to continuing our work with the Department of Education—and with schools across the country—to create classroom environments that are safe, nurturing, and inclusive for all of our young people."

The U.S. Department of Education's Title IX statute protects students from discrimination on the basis of sex in education programs or activities that get federal money. In an interview with the Jackson Free Press in April, Nathan Smith, director of public policy at the Gay Lesbian Straight Education Network, expressed his concerns about sex discrimination against transgender students in light of Mississippi's then not-yet signed Freedom of Conscience from Government Discrimination Act, which many decry as discriminatory against LGBTQ individuals.

The Gay, Lesbian and Straight Education Network believes that HB 1523, which allows for state employees and at educational institutions to implement its allowed practices—including public school faculty, staff and administration—could potentially harm students at public schools. If school officials adopt policies under the belief that they're protected by HB 1523, Smith said, they would be violating Title IX as the Department of Education interprets it.

Although the DOJ and DOE letter states clearly that it "does not add requirements to applicable law," the letter does outline the ways in which those "Departments evaluate whether covered entities are complying with their legal obligations."

To be in compliance with Title IX, and in order to continue receiving federal funds under it, schools must create a safe and nondiscriminatory environment for all students, regardless of their gender identity. Those schools are not allowed to require medical diagnoses or documentations in order to treat students in a manner consistent with their gender identities. Schools must use transgender students' preferred pronouns and names, and allow students access to the restrooms or locker rooms or any other sex segregated programs or facilities consistent with their gender identities.

"As is consistently recognized in civil rights cases," the letter reads, "the desire to accommodate others' discomfort cannot justify a policy that singles out and disadvantages a single class of students."

In a May 13 press release, the Mississippi Department of Education said it would adhere to Title IX.

"The Mississippi Department of Education should disregard the so-called guidance the Obama administration has issued regarding public schools' restroom policies," he said on Twitter. "The directive is nonbinding, and does not carry the force of law. Because these decisions are better left to the states, and not made at the point of a federal bayonet, Mississippi's public schools should not participate in the president's social experiment."