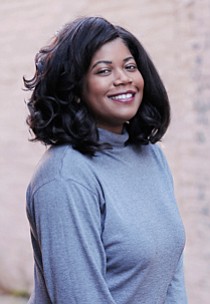 Education Reporting Fellow Sierra Mannie is a University of Mississippi senior whose opinions of the Ancient Greeks can't be trusted nearly as well as her opinions of Beyoncé. Email her education tips to [email protected] Follow her on Twitter at @SierraMannie.

Minding the Equity Gap: How Majority-Black Clinton District Earns Its ‘A’ Rating

At the last Jackson Public Schools board meeting of the year, parents and community members crowded the board room in downtown Jackson, accidentally brushing knees together as they filled the seats. More people, smushed together in bulky coats, stood against the walls.

After a first failed attempt at submitting a corrective action plan to get the district off probation, Jackson Public Schools made good on its second attempt.

Mississippi leaders may establish a new agency to ensure the quality of teachers and the programs that train them.

Jackson Public Schools is one step closer to getting off probation—but if the district doesn't correct classroom management and behavior problems soon, the State could take it over.

‘Not a Dungeon’: The Evolving Approach to Juvenile Detention

Across the pod, from inside the darkness of a cell, two shining circles stared out: the still and steady eyes of a black boy, locked up before he is even a man.

For the 2015-2016 school year, Davis Magnet IB Elementary School in downtown Jackson had the highest reading proficiency of elementary schools in the state. The National Blue Ribbon School is the best elementary school in Mississippi, SchoolDigger.com reports.

'Kicks for Kids' Rewards a Visit to the Doctor

For many kids, going to the doctor for an annual wellness check can be a pain. But for Children's Health Insurance Program-covered patients who haven't gotten their check-ups yet, UnitedHealthcare Community Plan of Mississippi is incentivizing the trip with its Kicks for Kids program.

Dr. Freddrick Murray: In the Eye of the Hurricane

Until recently, Freddrick Murray was the chief academic officer of high schools in JPS. Now, with the departure of former superintendent Dr. Cedrick Gray from the district, the school board appointed Murray as the interim superintendent.

Gov. Bryant Named Chairman of Education Commission of the States