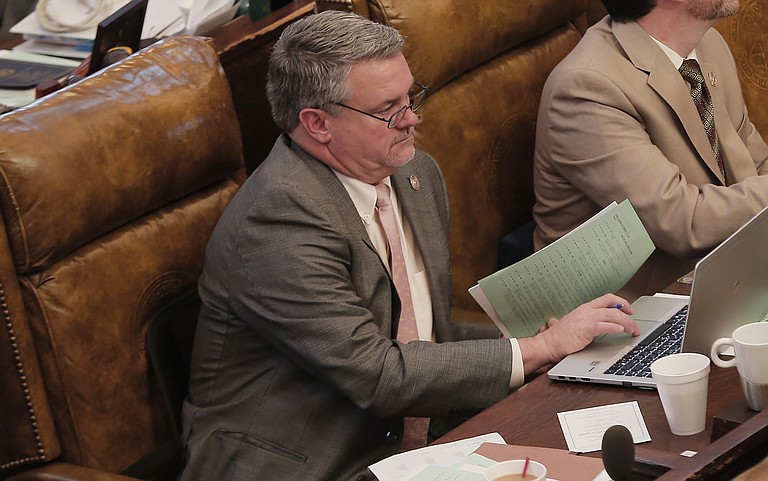 JACKSON — Thanks to BP, Mississippi has additional income to spend in the 2017 legislative session. The state received its first payment from BP from the 2010 oil-spill settlement last summer. Where legislators want to spend that money could be a point of contention in the upcoming session. Coast lawmakers are likely to insist on spending the money in their districts where the damage occurred, and others will want the whole state to benefit from the funds.

Back in June, the state received $150 million in the first settlement out of a total of $2.2 billion, half of which will fund environmental restoration on the coast. The Legislature has to figure out what to do with the remaining $750 million.

Rep. Charles Busby, R-Pascagoula, wants the money to stay on the coast for projects that would increase the tax base there and bring more money back into the general fund.

First, he said that repairing the runway at Trent Lott International Airport could help bring back three airbus suppliers that left because the runway did not have the weight capacity necessary for them to do business. The project would cost around $8 million, Busby told the Jackson Free Press, but it would be worth it to bring back the suppliers and jobs.

Busby also mentioned using the money to expand retail zones and commercial development in other parts of Jackson County .

"We would like to see a transfer bill that would automatically transfer that money into a fund that is controlled along the coast," Busby said of the settlement.

Coast Democrat and House Minority Whip Rep. David Baria, D-Waveland, said he will propose legislation to set up an entity composed of members appointed by state and local elected leaders to approve all projects and help invest in long-term projects with the funds. The entity would serve as a "clearinghouse" for any long-term investments with part of the money.

House Speaker Philip Gunn said he will continue to have ongoing discussions with his members about how to spend the money.

"I think the money personally ought to be spent on economic-development projects and by that I mean projects that are going to generate a return, going to generate dollars versus spending it on plugging budget holes," Gunn told reporters Dec. 8.

Gunn said lawmakers are still trying to evaluate where the damage specifically occurred in 2010, and that any economic-development projects should benefit the whole state and generate revenue and return for everyone. He did not specify where those projects could or should be located.

Only pieces of Secretary of State Delbert Hosemann's omnibus election code bill passed in the last legislative session, like the ability to update your voter-registration information online if you are already registered. The highly technical bill will likely make its way through the statehouse again, Sen. Sally Doty, R-Brookhaven, said. Lawmakers could pull out some measures that affect campaign-finance reform, however, and put them into separate bills.

Doty said the campaign-finance bill will likely be similar to what came out of conference last session, with suggestions from long-term members who voiced concerns about certain changes last session, like itemization for credit-card purchases.

"We want to protect those members who have made decisions based on (current campaign-finance laws)—we don't want to change the rules mid-stream in other words, and really I think within a couple of election cycles we will be through with anyone having a big amount left in their account," she said.

House Speaker Philip Gunn said he supports reforms including line itemizations for credit-card expenses and banning the use of campaign-finance funds on personal expenses, which met challenges in the House last year.

"I think we want to look at ways that legislators use their campaign-finance funds—make sure that they use them in a way that pertain to their purpose as a legislator," Gunn told reporters Dec. 8. "They get donations to be used to help us in our jobs as legislators."

The Clinton Republican supports not allowing lawmakers to use their campaign funds on items, like purchasing cars, that do not pertain to their role as legislators.

Gunn said ensuring lawmakers cannot use campaign finance funds to reimburse lawmakers for expenses they are already paid for with their legislative paychecks is also important. Lawmakers are reimbursed for some travel related to their legislative duties, like coming to and from Jackson already, but campaign finance funds, Gunn said, could be used for attending events in one's role as a legislator that they couldn't be reimbursed for by the state.

"If my duties as a legislator require me to go to another town in my function as a legislator, I don't think there's anything wrong with reimbursed on gas for that," the House speaker said.

Last year's reforms allowed Mississippians already registered to vote to change their addresses online, but those registering to vote for the first time cannot register online. Additionally, Mississippians who want to vote early or are going to be out of town must cast an affidavit ballot, something that early voting could eliminate.

Doty said she is unsure about online voter registration in the wake of the 2016 election, due to people's rightful or wrongful concerns about how hacking affected the election. She said legislators might need to ensure there are no problems before proposing a bill enabling it.

She does not foresee pushing early voting in the election-reform package.

Blount still believes early voting is important and would keep Mississippi current with other states. At least 35 states have separate early voting provisions in their state law, vote.org data shows.