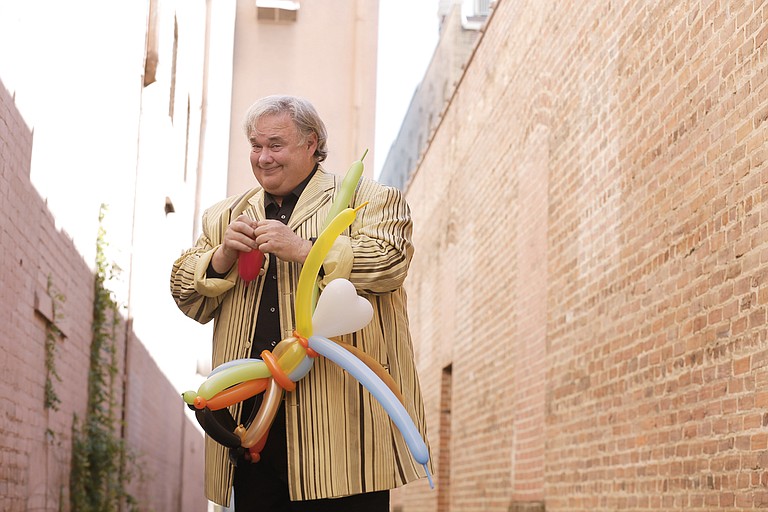 Robert Day, a local magician and balloon artist who was a regular entertainer at events such as Jubilee Jam, KidFest! Ridgeland and the Jackson Free Press' Best of Jackson parties, died of leukemia on Saturday, Dec. 3. He was 58.

Day first got into magic at age 10 after learning a trick from an issue of Boys' Life Magazine. He then purchased a kit and continued practicing, getting his first paying gig at only 11 years old. Day performed at parties throughout his time at Forest Hill High School, and after receiving his driver's license, he made frequent trips to New Orleans to watch street performers in action and put on his own street shows.

In 1983, while performing at Rapids on the Reservoir in Brandon, Day met Jeff Roebuck, also known as Inky the Clown, who was working in security for the park. After watching Day and his first wife, Laura Day, do their clown routine, Roebuck approached them and told them that he also performed as a clown.

"What are you doing Saturday?" Day asked him. Roebuck did his act that weekend, following Day at a show for the Metrocenter Mall, and afterward, Day said, "I'm never clowning again. I've found my clown."

The two became close friends and began performing stand-up comedy about a year later, with Day as the opener and Roebuck as the headliner. Their first show was at a now-closed Jackson venue called The Comedy Barn, and after the act proved successful, they took the show on tour across the Southeast.

"I always called Robert my circus geek brother," Roebuck said. "We had the same sarcastic mindset in our humor, and whenever we worked together, it was a delight. I used to make bets about what props he'd knock over during his show. He was a blast to work with, always funny and just so good at what he did, whether it was juggling torches for a Patty Peck commercial or juggling and doing card tricks at my wedding."

Over the course of his career, Day mentored at least 12 up-and-coming magicians throughout the state, and trained Beth Howell, who represented Mississippi in the 1990 Miss America pageant, to put on a magic show as her act for the talent portion of the competition. He also performed at the Jackson Zoo starting in the '80s, taught a magic class at Millsaps College starting in 2010, took part in summer reading programs at Jackson libraries, built and managed local haunted houses for Halloween, and even played the part of a court reporter in the 1988 film, "Mississippi Burning."

"I call people like Robert unsung heroes—known and loved throughout the state without being on TV like the big-name stars," Roebuck said. "He was always performing, always full of energy and trying to make people laugh, and never without his deck of cards in hand. Mississippi's a little less magical without him in it."

Day and his first wife, Laura, had two daughters, Hollie and April Day. Robert was married to Pauline Day at the time of his death.

Correction: An earlier version of this story listed the wrong date of death and incorrectly identified Day's wife at the time he met Jeff Roebuck. We apologize for the error.