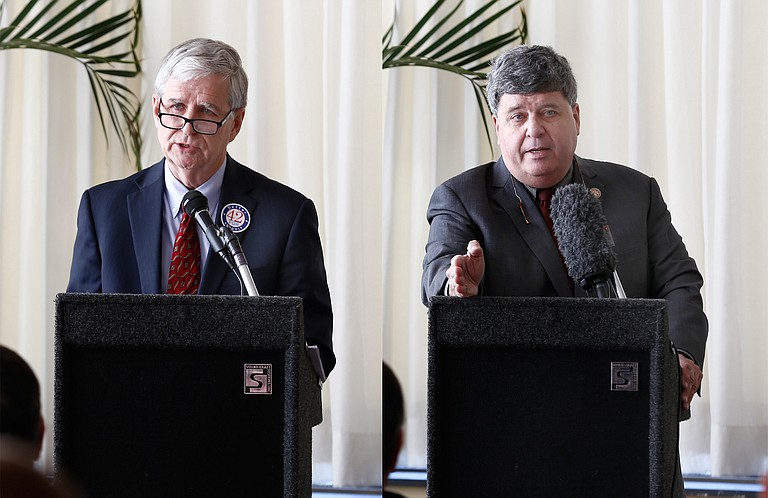 Rep. Greg Snowden, R-Meridian, and Jim Keith, a Republican lawyer and Initiative 42 proponent, debated Initiative 42 and the legislative alternative 42A on Oct. 19 at the Capital Club. Here are some of their key arguments and sound bites from the debate: