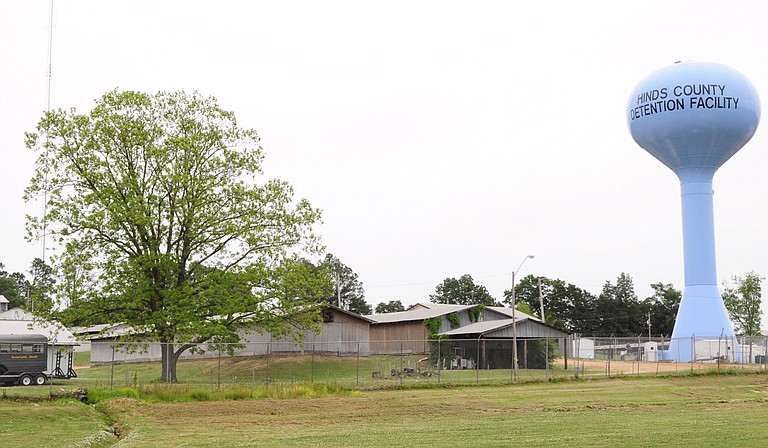 The U.S. Department of Justice letter mainly focuses on the Hinds County Adult Detention Center in Raymond (pictured) but also includes the Jackson Detention Center, adjacent to the county courthouse in Jackson. Photo by Trip Burns.

The U.S. Department of Justice, in a 29-page letter issued Thursday to county officials, says conditions violate the U.S. Constitution because threat of harm amounts to cruel and unusual punishment and failure to release inmates on time violates equal protection guarantees.

The letter demands more and better-trained guards, a classification system to separate inmates based on risks, jail policies to keep inmates from remaining stuck in jail past their release dates and a long-term plan to make physical improvements. It mainly focuses on the Hinds County Adult Detention Center in Raymond but also includes the Jackson Detention Center, adjacent to the county courthouse in Jackson.

Vanita Gupta, who leads the Justice Department's Civil Rights Division, described both jails as "facilities in crisis" in a news release.

"Making these facilities safe will require broad systemic reforms and a local commitment to improve staffing and operations," Gupta said in the release.

Federal officials say the county has cooperated and they seek a resolution without a lawsuit, but note they can file suit after seven weeks.

Poor conditions at the jails have been widely known for years, with a riot that knocked part of the Raymond jail out of condition, leaked videos showing inmates with cash and drugs and guards unable to control prisoners. A 2013 grand jury report called for changes, but not much happened before a March 2014 riot. Hinds County Sheriff Tyrone Lewis said the letter only backs up what he has been saying since taking office in 2012.

"A lot of the things have already been completed," Lewis said, a point which the Justice Department disagreed with at least in part.

Peggy Hobson Calhoun, president of the Board of Supervisors, said the board has allotted more than $5 million toward repairs in Raymond in the past 18 months

"We have conscientiously worked with the sheriff's department to provide all necessary funding to make repairs," she said

However, there is still tension in the relationship. Calhoun said supervisors are "not responsible for the running of the jail." However, Lewis said physical conditions are ultimately the board's problem. "It's their jail," he said.

Federal officials recommend better jail staffing to make sure prisoners don't have to be locked down and to provide enough guards to adequately supervise prisoners. The report echoes a 2013 consultant who suggested assigning 20 sheriff's deputies to the jail until permanent replacements could be hired and suggested more money to recruit guards.

Federal officials also demand better policies to make sure prisoners don't get "lost" and end up jailed past their release dates. Justice found that of 100 inmates examined, 12 were held past court-ordered release dates, including a 13-year-old middle school student who was supposed to be released by Aug. 1, 2014 if not indicted but wasn't released until 70 days later. Lewis said an information system was supposed to solve that problem, but the Justice Department said that computer system had many discrepancies.

Finally, the department suggested the county build an additional high-security pod at the Raymond jail, and considering renovating remaining pods one at a time, instead of piecemeal.