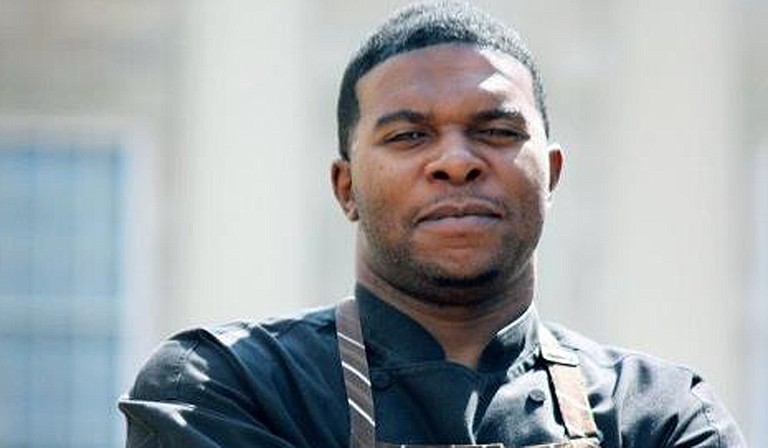 The Mississippi Museum of Art's executive chef, Nick Wallace, will feature produce from the Payton CityFarm Learning Garden in dishes served at museum events and at the on-site restaurant, The Palette Cafe by Viking. Photo courtesy Nick Wallace

The Mississippi Museum of Art (380 S. Lamar St.) will hold a ribbon cutting for the Payton CityFarm Learning Garden Tuesday, June 9, at 5 p.m. The urban garden on the museum's grounds will serve as an educational resource for Mississippi students and a source of inspiration for the museum's executive chef, Nick Wallace.

Merry Walker Dougherty and Katie Walker McBrayer, friends and supporters of the museum, sponsored the Learning Garden and dedicated it in memory of their family friend Alyne Payton, the mother of Jackson State University football star Walter Payton. The Whole Kids Foundation and The Partnership for a Healthy Mississippi provided additional support.

The museum's education staff will use the garden as an outdoor classroom to allow students from around the state to discover the values of nutrition, sustainability and the culinary arts. Wallace, who grew up on a farm in Edwards, Miss., will feature produce from the garden in dishes served at museum events and at the on-site restaurant, The Palette Cafe by Viking.

The Mississippi Museum of Art is open Tuesdays through Saturdays from 10 a.m. to 5 p.m., and Sunday from noon to 5 p.m. For more information about exhibitions, programs and special events at the museum, call 601-960-1515 or visit www.msmuseumart.org.

Mint the Restaurant (1000 Highland Colony Parkway, Ridgeland), located at the Renaissance at Colony Park, has filed for Chapter 11 bankruptcy protection.

Chapter 11 allows companies to reorganize under the bankruptcy, though the restaurant will remain open.

In December 2014, the company, Mint Restaurant LLC, underwent an administrative dissolution with the Mississippi Secretary of State. The company was reinstated April 9, one day before its bankruptcy filing with the court, records show.

Mint has been a perennial contender in the Jackson Free Press's Best of Jackson contest.

With establishments such as LurnyD's Grille, Authentic Street Tacos, 2 for 7 Kitchen and One Guy Steak and Chicken, Jackson offers a great deal of choices when it comes to food-truck dining. However, the city's food trucks have long faced restrictions in how they can move around the city. City Councilman Tyrone Hendrix and other city officials are hoping to make changes to help Jackson's food-truck operators in the near future.

In 2011, the council passed an ordinance that required food-truck operators to apply for a $500 permit from the City of Jackson and either have a kitchen inside their truck or prepare food in a brick-and-mortar location that the Department of Health approves. Food trucks must also operate 150 feet away from "any non-mobile business selling food."

The ordinance passed due to concerns from non-mobile restaurant owners that their establishments would be at an unfair disadvantage if food-truck owners did not have to reach the same standards, such as paying a 2-percent sales tax and meeting Mississippi Department of Health food-safety requirements. However, the ordinance also meant that food-truck owners lacked the freedom to set up where they choose.

Hendrix, chairman of the council's rules committee, has proposed an ordinance change that would allow food trucks to freely move throughout the city but would restrict them from setting up within 300 feet of a brick-and-mortar restaurant.

The Jackson City Council has started the process of amending the ordinance, and it could come back to the council for final action within one to two months. City Councilwoman Margaret Barrett-Simon and Council President De'Keither Stamps are among supporters for the ordinance change.

CORRECTION: This story recently listed Tito's Taco's in a list of Jackson food trucks. The Jackson food truck recently changed its name to Authentic Street Tacos. The story has been changed to reflect this. We apologize for the error.