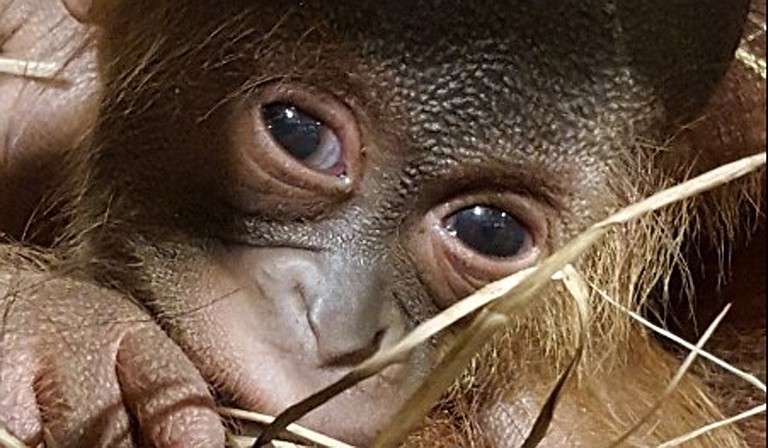 The Jackson Zoo recently welcomed a new addition to its orangutan exhibit. Sabah and Pumpkin, the zoo's Bornean orangutans gave birth to a baby male on Nov. 22. So far, the baby is healthy and doing well. He spends most of his time with his mother inside.

Bornean orangutans are an endangered species, and the baby's birth helps the growth of the species survival plan.

"We are very excited for this birth, as the Bornean orangutan population is dwindling in the wild, so we are contributing to the conservation of this incredible species," zoo director Beth Poff said in a press release.

The baby has yet to be named because the zoo plans to hold a contest to name him, but that contest will not be held for a while since the staff wants the public to see him and get a sense for his personality before they submit name ideas.

The baby will likely not be out in the exhibit for a couple months because the orangutans have an indoor section to their exhibit behind the exterior one visitors see. Sabah, the baby's mother, has primarily stayed inside with the newborn, only occasionally making an outdoor appearance.

"Primates don't like the cold weather," zoo communications manager Angela Harris said in the release. "So if she (Sabah) is given the choice, she'll probably stay inside."

Zoo members and visitors will have to wait until the weather warms up or the newborn gets antsy—whatever happens first—to see the baby boy and submit their names.

Bornean orangutans are classified as endangered on the International Union for Conservation of Nature Red List with less than 55,000 in the wild. Sabah and Pumpkin's newborn will add another orangutan to the species in a protected environment in Jackson.