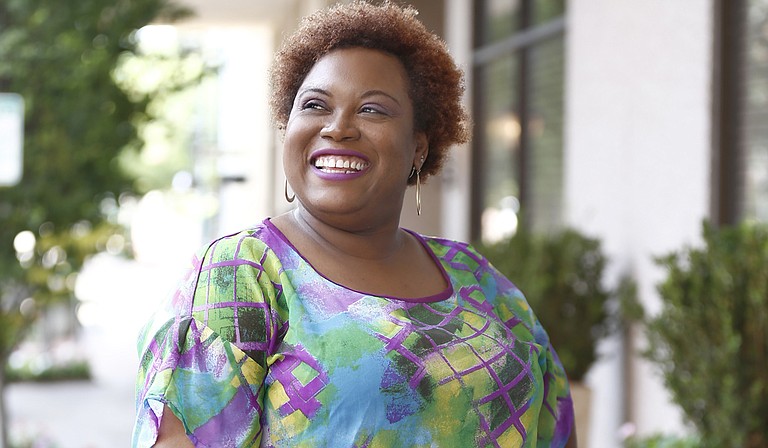 Two Mississippi organizations focused on keeping women safe are opposing the Safe Campus Act, a bill currently working its way through the U.S. House of Representatives, because it would make it harder to remove rape suspects from campus and limit the investigative avenues a student victim can pursue after an assault.

If successful, the legislation would change how victims report campus sexual assault and how those cases are investigated at all universities that receive federal funding. More than 200 organizations aligned with the National Task Force to End Sexual and Domestic Violence Against Women, including the Mississippi Coalition Against Domestic Violence and the Mississippi Coalition Against Sexual Assault, submitted a letter to members of the U.S. House of Representatives on Nov. 2 opposing the bill that they say "will threaten to undermine the protections of Title IX" for students on college campuses nationally.

The letter points to the core element of the Safe Campus Act as a problem: streamlining how sexual assault is handled into one system that gives more enforcement powers to local law enforcement and takes investigative powers away from the colleges.

"We completely reject the argument that only one system in our nation should be held accountable for keeping young people safe from sexual violence," the letter states.

The Safe Campus Act would amend several parts of the 600-page Higher Education Act of 1965 dedicated to campus sexual-assault procedures.

Its biggest change would require universities to receive written consent from the alleged victim and then report and refer the allegation to the local law enforcement agency associated with the local government with jurisdiction in the area in order for disciplinary action to occur.

While getting local police involved might seem like a smart move, the bill would bar the educational institution from carrying out "any institutional disciplinary proceeding with respect to the allegation" once the victim gives consent for the university to contact local law enforcement. This means that a Title IX or internal university investigation of an assault cannot be conducted once the case is turned over to local police, who may or may not handle the case well.

The National Task Force letter asserts that this change "conflates the roles of colleges and universities and the criminal-justice system in responding to campus sexual violence."

Jackson State University's Title IX coordinator, Thomas Hudson, said the Safe Campus Act is at odds with the guidance his office receives from the Office of Civil Rights under the U.S. Department of Education.

If the bill passes, Hudson's office—and Title IX offices around the country—would have to change the way they currently respond to sexual assaults, with investigations that can lead to campus judicial hearings and potentially result in suspension or expulsion for perpetrators.

"Any law that requires students to go to public safety in order to initiate a Title IX investigation would cause big changes because not all students are comfortable going the actual criminal route," Hudson said.

The Safe Campus Act allows institutions to implement interim sanctions for victims only if such actions "promote campus safety and student well-being."

Under the legislation, universities would only be allowed to temporarily suspend individual students for no more than 15 days and student organizations that facilitate or condone the actions, such as a fraternity, for no more than 10 days.

Additionally, the Safe Campus Act would make it nearly impossible for universities to punish entire organizations for misconduct—forcing them to find and punish individuals.

U.S. Reps. Matt Salmon, R-Arizona and Pete Sessions, R-Texas, introduced Bill 3403 at the end of July. It was referred to the House Committee on Education and the Workforce, which will consider it before sending it to the floor.

In a July press release, Salmon emphasized the importance of protecting the rights of student organizations with the bill, calling the Safe Campus Act a "much-needed piece of legislation to protect the fundamental due process rights of all parties in campus sexual assault cases."

The Safe Campus Act is arriving on the coattails of the Campus Sexual Violence Elimination Act, or the SaVE Act, which amended the Cleary Act to become law in March 2013, and was enacted a year later in 2014. Universities were expected to be compliant to the new rules by October 2014. The SaVE Act set guidelines for college disciplinary proceedings and required universities to specifically categorize and keep track of sexual-violence statistics on campus and publish that data in annual reports.

The Safe Campus Act would undermine the SaVE Act's requirements for victims who want both criminal and university investigations conducted simultaneously. If it passes, a student must give up a Title IX investigation if they want to press criminal charges.

Edwith Theogene, national program coordinator at the Feminist Majority Foundation, said student activists and Feminist Majority campus chapters throughout the country are speaking out against the Campus Safety Act as well as holding their universities accountable to the SaVE Act standards. Jackson State University students held a protest in October, as well as forming three women's rights activist groups (GIRL Feminist Majority, Generation Action and Essence of a Lady Tiger) on campus. Theogene said she thinks the progress on JSU's campus is good.

"These are the students, and these are policies that affect their day-to-day experiences there (on campus)," she said. "It's up to them."

While not offering a specific opinion on the bill, Hudson said his office would support student activists speaking out on the issue.

"We support our students' efforts in having a voice in this area and really bringing these issues to the forefront," Hudson said.

Wendy Mahoney, the executive director of the Mississippi Coalition Against Domestic Violence, knows little about the Safe Campus Act specifically but said that domestic violence on college campuses is often not reported as such largely due to a lack of understanding.

Domestic violence, Mahoney said, is any pattern of behavior used to intimidate, manipulate or humiliate a partner.

"What we have missed the mark a whole lot on when it comes to domestic violence is not even mentioning the sexual assault," Mahoney said. "We tend to focus so much on the physical battering."

Domestic-violence statistics are higher in college-aged females, and Mahoney said women aged 18-24 are at higher risk for intimate partner violence, especially in relationships. Domestic violence is more than physical abuse—it includes sexual violence, too. Coercion, even from an intimate partner, to have sex against one's will is sexual assault.

"Rape is rape if you know or don't know the person," Mahoney said.